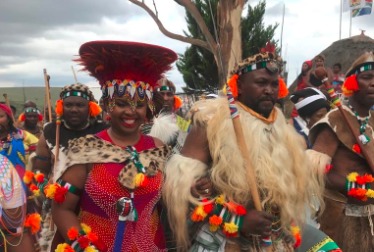 Ledla has been named in court papers as a “proxy” for Thandisizwe Madzikane Diko — a family friend of Gauteng health MEC Bandile Masuku and the husband of President Cyril Ramaphosa's spokesperson Khusela Diko, the Sunday Times reported in August.

It was reported that the company made an 800% mark-up on Covid-19 personal protective equipment (PPE) sold to the government, according to claims the Special Investigating Unit (SIU) laid out in the court documents. Ledla was on Thursday named among the companies that scored from the PPE scandal now besetting the Gauteng health department. In a report posted on the provincial government’s website, it was revealed that the company was paid R46.465m.

“Since the previous report on Covid-19 [expenditure] the Gauteng province has cumulatively, for the period under review, spent R2.263bn. Covid-19 spend has increased from R2.112bn, which represents an increase of 6.65%.

“The report only covers transactions paid,” the report reads.

The report also shows that people with disabilities benefit by less than 0.2% of the province’s procurement, while women-owned companies benefited by just more than 32% (R725.6m). The youth benefited less than 4% (R78.8m).

In the Sunday Times' story in August, it was reported that Ledla made an 800% mark-up on Covid-19 personal protective equipment it sold to the government.

Among the SIU's claims is that the “extortionate” markups made by Diko's “proxy” company included buying a million medical disposal bags from a supplier for 75c each and selling them to the health department for R7 apiece.

It also details an alleged attempt to initiate a side deal with a medical manufacturer that would involve defrauding the Industrial Development Corporation (IDC).

The paper reported that the SIU obtained an order freezing about R36m worth of assets that it said were the proceeds of corrupt Covid-19 PPE contracts between the proxy company, Ledla Structural Development, and the Gauteng health department.

The Sunday Times reported that in the court papers, investigator Asashanduki Rabali describes how contracts originally awarded to Diko's company, Royal Bhaca, had been irregular and unlawful, and that Ledla was then used as a proxy for Royal Bhaca.

Diko and Masuku's wife, Johannesburg's MMC of group corporate and shared services, Loyiso Masuku, are personal friends. Khusela Diko and Masuku have both taken leave because of the scandal.

On Thursday, Gauteng premier David Makhura said he had extended Masuku's leave in anticipation of the SIU report this week.

“I have extended the leave of the MEC pending the SIU report, so when they bring me this update, I am interested if there are things that have to do with any action or not that pertain to the MEC. So I am waiting for that final report from the SIU,” said Makhura.

He said his government wanted to make sure that everyone was held accountable for the alleged looting of the PPE money.

A deputy director-general (DDG) in the department has been suspended after a report of the SIU was shared with Makhura. This comes after Makhura on Wednesday suspended the head of department of health, Prof Mkhululi Lukhele, on the basis of the same report.

He said based on the work done by the SIU, 61 companies have had their bank accounts frozen and are facing legal action for their roles in the PPE tender scandal.

Fed-up Eastern Cape villagers have taken a tough stance against the husband of Khusela Diko, the beleaguered spokesperson of President Cyril ...
News
1 year ago

President Cyril Ramaphosa’s spokesperson Khusela Diko said on Wednesday that she “regretted” her husband’s company seeking to do business with the ...
Politics
1 year ago