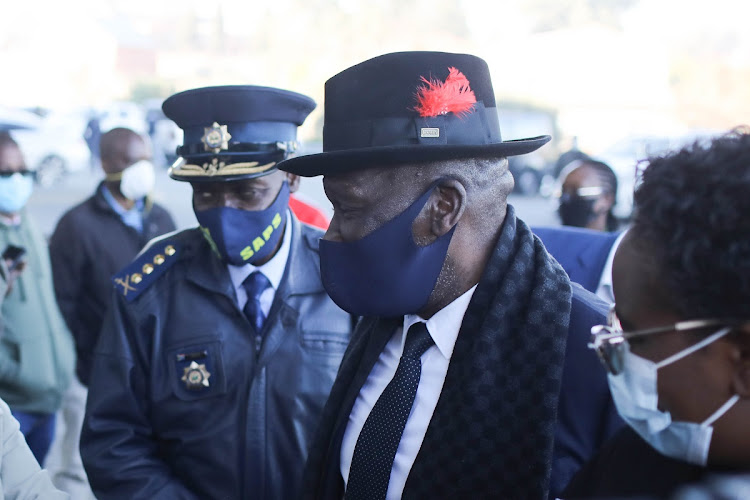 Police minister Bheki Cele hinted at three instigators being taken into custody, and said others were known to authorities.
Image: SUNDAY TIMES/ALAISTER RUSSELL

Police have confirmed that three people have been arrested for allegedly inciting recent violence, looting and riots which rocked KwaZulu-Natal and Gauteng over the last week.

The unrest began in KwaZulu-Natal in the wake of the imprisonment of former president Jacob Zuma to 15 months in jail for contempt of court, but then quickly spread to Gauteng.

Speaking to the media in KZN on Saturday, police minister Bheki Cele hinted at three instigators being taken into custody, and said others were known to authorities.

In a statement, police detailed the arrests of the three, saying they were taken in on allegations of “creating and circulating inflammatory messages with the potential of inciting violence”.

“Police in the West Rand district in Gauteng arrested two suspects, one on Thursday evening, July 15, in Roodepoort and the second suspect on Friday, July 16, in Westonaria, both on allegations of creating and circulating inflammatory messages with the potential of inciting violence.

On July 16 2021 President Cyril Ramaphosa acknowledged the influence of sinister forces in the recent mass looting and vandalism in parts of KZN and Gauteng which brought chaos to South Africa.

“They are expected to appear on Monday... before the Randfontein and Westonaria courts respectively.

“A third suspect, a 21-year old woman, was arrested in Duduza in the Ekurhuleni district on Saturday, July 17, on similar allegations. She is expected to appear before the Nigel magistrate's court on Tuesday July 21, 2021," the statement read.

Acting minister in the presidency Khumbudzo Ntshavheni said on Thursday one of 12 alleged instigators of the unrest had been arrested and police were keeping the remaining 11 suspects under surveillance.

SAPS said 3,407 suspects have been arrested on various charges since violence erupted over a week ago, with only one suspect granted bail. Of these, 1,122 suspects are expected to appear in courts across Gauteng and KwaZulu-Natal in the next two days.

Former spy boss Thulani Dlomo has challenged deputy state security minister Zizi Kodwa to prove he is one of 12 alleged instigators behind the unrest ...
Politics
10 months ago