WATCH | Gautrain at the forefront of contributing to the green economy 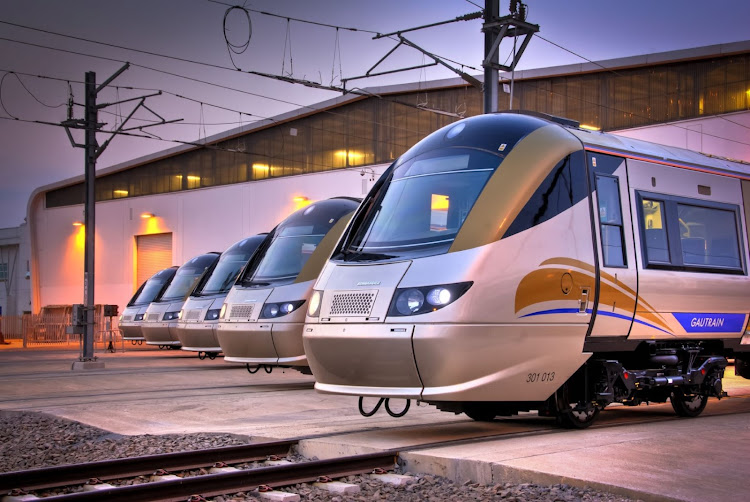 The Gautrain Management Agency discussed the importance of environmental sustainability in business during a recent TimesLIVE dialogue.
Image: Supplied

The sustainability of our planet and its natural resources has come under the spotlight for a number of years as the detrimental impacts of global warming and climate change become evident. Droughts, floods and wildfires are all a manifestation of a society with a carbon footprint that is too large for the planet to bear.

This brings up certain questions. Is there a causal relationship between increasing environmental pressure and the outbreak of pandemic diseases, such as Covid-19? Does business and industry have a responsibility to mitigate the effects of climate change on the environment, society and the economy?

A recent TimesLIVE dialogue, in partnership with the Gautrain Management Agency, focused on the importance of contributing to the green economy and what the Gautrain is doing to become carbon neutral.

Travelling by train is more environmentally friendly than commuting by car as a train consumes less energy, emits lower greenhouse gases, and carries far more passengers than a single car is able to carry.

The Gautrain was established with the aim of improving public transport in the province, and, among other things, alleviating traffic congestion, especially its impact on air quality due to vehicle emissions.

WATCH | A recent TimesLIVE Dialogue, in partnership with the Gautrain Management Agency, focused on the importance of contributing to the green economy and what the Gautrain is doing to become carbon neutral.

Gautrain is looking for a way to use green energy. According to the Gautrain Management Agency CEO, William Dachs, green stations of the future will use renewable energy such as solar power and will even have charging stations for electric cars.

In light of running a sustainable organisation, the agency has always prioritised gender equality in the workplace. The majority of its employees are women and several train drivers are now women.

Providing more than just rail services, Gautrain has transported 170-million commuters, created 12,000 jobs and contributed R56bn to the Gauteng economy since its establishment.

Sustainable development is about ensuring what we use now doesn’t take away from the needs of future generations, says Karin du Chenne, chief growth officer of Africa & the Middle East at Kantar.

Of the 17 goals for sustainable development laid down by the UN, Du Chenne highlighted number 17: “partnerships — with business, government and society working together” — something the Gautrain Management Agency has done well. The agency has partnered with taxi associations to transport commuters to and from Gautrain stations.

This article was paid for by Gautrain.

WATCH | Gautrain leads the way on leveraging branding and positioning

WATCH | Is Africa ready to harness tech to rev up public transport?

SPONSORED | This TimesLIVE Dialogue, in partnership with the Gautrain Management Agency, explored the challenges and opportunities presented by smart ...
News
2 months ago