GRAPHIC VISUALS: Krugersdorp residents round up ‘illegal miners’, force them to undress 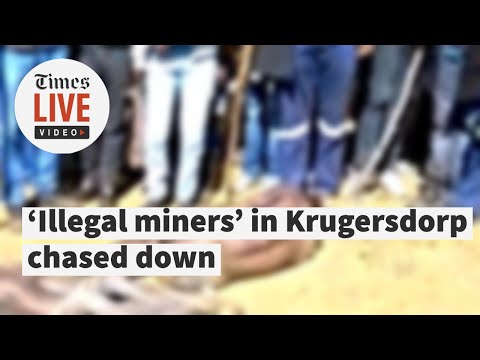 Hundreds of angry residents living in townships in and around Krugersdorp on the West Rand took to the streets to find illegal immigrants and alleged zama-zamas.

Video footage from the ground shows dozens of naked men lying in a street and surrounded by residents armed with sticks and tyres.

The men are alleged to be illegal miners in the area who commit crime, according to residents.

They said they are taking matters into their own hands as police are not serious about fighting crime and illegal immigration in their areas.

The protest started peacefully in Kagiso on Thursday morning but soon turned violent when informal shacks were set alight.

One man was reported to have been killed before police arrived and arrested an undisclosed number of people.

Protests across the West Rand have sprung up after news about women being gang-raped in Krugersdorp, allegedly by illegal miners.