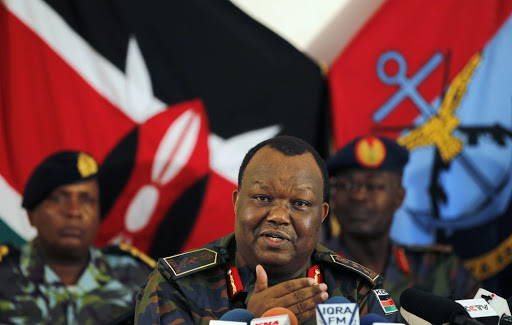 Friday's attack on Swiss tourists is the latest in a string of incidents that could hit Kenya's key tourism industry which has only just recovered from the impact of post-election violence in 2008.

Over the past two months Kenya has sent troops into neighbouring Somalia, has seen four foreigners kidnapped from areas close to the Somali border and has suffered two grenade attacks in the capital Nairobi.

Kenyan authorities have linked all the attacks and kidnappings to Somali Shebab Islamists.

In the latest violence a Swiss woman was seriously wounded and her Kenyan driver killed close to Shaba game reserve.

They don't appear to have been the target, but rather to have been caught in the middle of a conflict between two communities over grazing rights.

Tourism industry professionals sought to play down the attack.

"It appears this incident was connected to rivalries between different communities in the Shaba area. It is quite localised and linked to a situation people were aware of," the managing director of a prominent Kenyan tour operator told AFP Saturday.

"It's very, very regrettable but it doesn't have implications for the rest of the country," he went on, adding "Kenya is a big country the size of France and this is a localized incident."

Kenya's tourism sector has only just recovered from the impact of the violence that followed the disputed presidential election at the end of December 2007.

Tourism on the idyllic Lamu archipelago off Kenya's north coast has been hard hit after attacks on a couple of British tourists in September followed three weeks later by the kidnapping of a disabled Frenchwoman.

Gunmen in September seized the British couple -- Judith and David Tebbutt both in their fifties -- on holiday at a resort north of Lamu on the Indian Ocean coast.

David Tebbutt was shot dead while his wife was captured. She is believed to have been sold to pirates now holding her in central Somalia.

On October 1 gunmen snatched disabled French woman Marie Dedieu from her home on the Lamu archipelago. She later died in captivity.

On October 13 two Spanish aid workers were seized by gunmen in broad daylight from the Dadaab refugee camp close to the Somali border.

All four kidnappings have been linked to Shebab Islamists. Kenyan police have also blamed the Shebab for two grenade attacks -- one against a bar and one at a bus stop -- in the capital.

On Friday, the United States warned Americans against traveling to Kenya amid rising concerns over the activities of the Shebab militants.

"The US government continues to receive information regarding potential terrorist threats aimed at US, Western and Kenyan interests in Kenya," the warning said.

Britain in October issued tougher travel advice for Kenya, warning its nationals against all but essential travel to a long stretch of the coast up to the Somali border.

Cruise ship arrivals in Kenya had already dipped drastically last year because of the threat posed by Somali pirates, whose area of operations now stretches from the Somali coast to the Maldives and from the Arabian Sea to Madagascar.