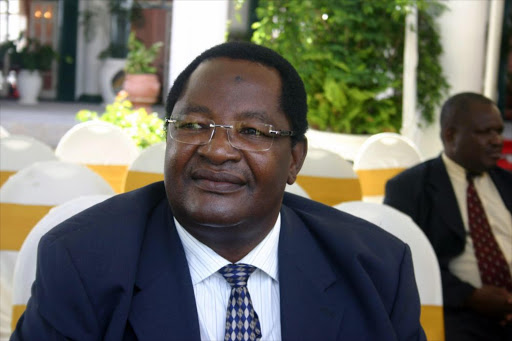 Mines Minister Obert Mpofu is consolidating his tight grip on the state-owned Zimbabwe Mining Development Corporation (ZMDC), which controls the Marange diamonds, by appointing his loyalists to key positions.

This comes after Zimbabwe was cleared in November by the Kimberley Process Certification Scheme (KPCS) to sell its diamonds. It was initially blocked from the international markets due to human rights problems and had been sitting on gems worth $2-billion.

Zimbabwe is now ranked the seventh largest diamond-producing country in the world. Botswana remains top of the league followed by Russia, Canada, SA and Angola.

But the sale and receipt of diamond revenue has been shrouded in mystery and controversy. There have been allegations of rampant smuggling, theft and plunder at the contentious Marange diamond fields. Human rights groups oppose the sale of the diamonds.

While this has been happening, Mpofu has been tightening his grip on his ministry and the ZMDC which is involved in joint-ventures with South African and Chinese companies at Marange, to control the mo-ney-spinning operations.

Mpofu, one of President Robert Mugabe's favourite ministers, who calls himself his "ever obedient son", has been accused of soliciting a $10-million bribe from Canadile executives, an accusation he denies. He has also been under pressure to explain his new-found wealth which his accusers say has something to do with diamond revenues.

Recently, he appointed Jerry Ndlovu, director of airports and business development unit at the Civil Aviation Authority, as the ZMDC CEO and general manager to replace experienced geologist Sam Siziba, who helped to establish the Chiadzwa operations from scratch.

Siziba, a non-partisan professional, has been driving the Marange diamond mining activities but was not considered a loyalist by Mpofu.

Ndlovu began his new job at the ZMDC two weeks ago, filling a post initially left vacant when the ZMDC dismissed its former boss Dominic Mubayiwa on fraud and theft allegations.

Ndlovu, an engineer with 28 years aviation experience, 15 years of them at an executive management level, is already a board member of the state-owned Minerals Marketing Corporation of Zimbabwe. He is said to be close to Mpofu.

The ZMDC is involved is a 50/50 joint venture with a South African company in Mbada Diamonds. It is also running another Chiadzwa diamond mining project after taking over Canadile Miners' operations.

The ZMDC has also taken over the overall management of Sino-Zimbabwe, another joint venture with the Chinese, after the foreign investors pulled out citing low returns. Five companies - some with links to top politicians controlling them by proxy - were controversially awarded diamond concessions in Marange.

Last year Mpofu forced out his permanent secretary Thankful Musukutwa and replaced him with Prince Mupazviriho. Mpofu and Musukutwa had been fighting for the control of mineral concessions and licences.

Although a lot of diamonds have been produced at Chiadzwa, Finance Minister Tendai Biti only received $122-million in revenues last year despite the country producing $334-million worth of gems.

Biti's complaints have piled pressure on Mugabe and his Zanu-PF ministers to ensure transparency and accounta-bility in diamond revenues.

In his annual budget in November , Biti raised alarm over the continued failure by Zanu-PF ministers to pro-perly account for the diamond revenues.