Senegal's rapper-led youth movement "Fed Up" said on Monday it has called for a permanent sit-in at Obelisk Square in Dakar against President Abdoulaye Wade's highly disputed third term candidacy. 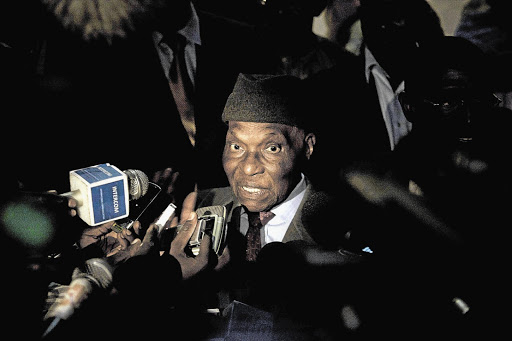 "We have decided to continue our struggle against Wade's candidacy. From Tuesday evening we will spend the night at Obelisk Square and we will stay there permanently," the group's co-founder Fadel Barro told AFP.

The sandy palm-fringed square in the suburb of Colobane is named for a large Obelisk in its centre built by the country's first president Leopold Sedar Senghor marking independence from France in 1960.

It has been the theatre of opposition protests in recent weeks against Wade's candidacy in February 26 polls they say is unconstitutional as he has already served two terms.

Wade argues changes to the constitution in 2008 mean he is due another two seven-year terms. The validation of his candidacy by the highest court on January 27 sparked deadly riots, leaving four people dead.

Despite national anger and criticism from abroad, Wade, 85, has remained defiant, campaigning energetically throughout the country promising development and ambitious programmes.

The movement led by rappers, who spit critical rhymes against Wade, was started in January 2011 and has become a symbol of youth anger against his rule amid mounting frustration over corruption, high prices and crippling power cuts.

The joint campaign to unseat Wade appeared in the last week to run out of steam as individual vote lobbying began and weekend protests fails to draw massive crowds.