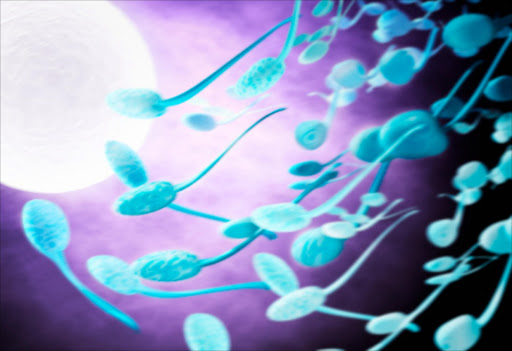 Susan Dhliwayo was stunned when she pulled her car over recently to pick up a group of male hitchhikers and they refused to get in. The reason? They feared being raped.

Sensational reports of gangs of beautiful women picking up male travellers to have sex and harvest their sperm in condoms have gripped Zimbabwe in a dizzying mix of taboos, rituals and the downright bizarre.

"Now, men fear women. They said: 'we can't go with you because we don't trust you'," 19-year-old Dhliwayo recounted.

Local media have reported victims of the highway prowlers being drugged, subdued at gun or knife point -- even with a live snake in one case --given a sexual stimulant and forced into repeated sex before being dumped on the roadside.

The sperm hunters first surfaced in the local press in 2009 but police have only arrested three women, found with a plastic bag of 31 used condoms in October. The attacks have continued since they were nabbed for allegedly violating 17 men.

"We do not have the exact number of confirmed cases," said national police spokesman Wayne Bvudzijena.

"These cases occurred mostly when the victims were hitchhiking and boarded private vehicles. We encourage people to use public transport."

The sperm's exact use is not clear but is thought to be intended for "juju" or traditional rituals to bring luck -- anything from enhancing good fortune, boosting business or preventing a criminal from being detected.

It is also not known why the semen is taken forcibly from strangers.

"It's really an issue which is mind boggling," said University of Zimbabwe sociologist Watch Ruparanganda, who believes it is a lucrative business. "It's quite a big mystery. Obviously we know (it is) being used for rituals."

Ruparanganda said he was astonished to discover seven years ago that semen appeared to have become a tradable commodity, while doing research for his doctoral thesis among Harare street youth who told him that businessmen would take them to hotels, give them new clothes and ply them with booze.

They were then told to pick a prostitute and to hand over the used condom after sex.

"It just shows there's some big racket somewhere, some big guys driving everything, but they are in the background and using these ladies," said Ruparanganda.

The headline-grabbing reports have not shocked Tende Marahu, 24, who tells of men and "sugar mamas" picking up young men from the streets in his neighbourhood to collect their sperm secured in a knotted condom after sex.

"It started a long time back," Marahu said, adding he had not yet partaken but would happily do so for the money. "To me, I didn't get shocked because I already knew it was happening."

The reports are not unique to Zimbabwe, with Nigerian media last year reporting prostitutes collecting sperm-filled condoms to sell.

"We believe that this is a form of witchcraft. So we are totally against the idea," said spokesman George Kandiyero.

"It has really frightened people," he said. "It has really brought in a bit of shock because normally it was the other way round, normally we know of men raping women, not women raping men."

Kandiyero suggested that one reason why the harvesters don't solicit sperm from their loved ones is the belief that sperm used in "jujus" could bring on trouble for the man.

"That is the problem with some of these 'jujus' that are used to make money, most of them have negative side effects," he said.

A Zimbabwean women's rights group has criticised the spotlight shifting to male rape victims, and paid for a newspaper advert to deplore that violence against women in the country is not met with the same degree of shock.

The three women linked to the case, meanwhile, have stirred much attention and public anger. Audiences pack into the dreary courtrooms each time they appear in the dock, and one of their lawyers said they have received death threats.

No law in Zimbabwe criminalises rape by women so the trio, arrested with one man, face 17 counts of aggravated indecent assault, though no trial date has as yet been set.

Dumisani Mthombeni, a lawyer for two of the women and the man, complained that five months after their arrest, prosecutors have yet to produce DNA test results, a charge sheet or witness statements but nonetheless have "paraded (the women) on national television as female rapists".

"We have not been given anything -- nothing," Mthombeni said. "We believe they don't want us to go to trial because they arrested the wrong people."

The case has triggered a mix of shock, intrigue and humour -- such as one newspaper cartoon showing a nude hitchhiker hoping to be picked up by a female driver -- but also fear among some men.

"Of course we are scared," said a 26-year-old hitchhiker on a highway south of Harare, adding he would not get into a car driven by a woman.