Zimbabwe, Botswana, Zambia, Namibia and Angola are heading for a collision with rhino conservationists after it emerged that their governments had agreed to the sale of rhino horn powder in clinics and pharmacies. 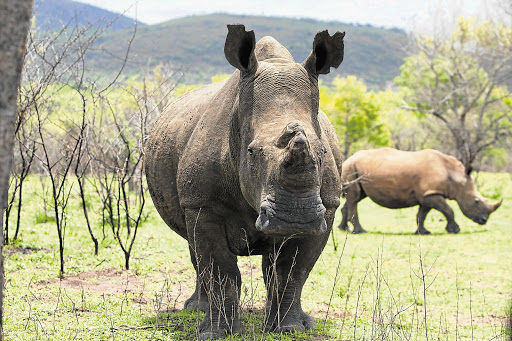 The governments of the five states that form the Kavango-Zambezi Transfrontier Conservation Area (Kaza) met in Namibia last week and resolved to sell rhino horn powder in their fight for the survival of the species which is fast heading for extinction.

Francis Nhema, Zimbabwe's Minister of Environment and Tourism, said: "We agreed that we will demystify the rhino issue by selling horn powder in clinics as well as pharmacies in all the Kaza member states. We hope this will shift the attention of the poachers.

"Instead of going through dangerous operations where one is likely to die, or even killing the animals, walking into a pharmacy will be a safer decision," he said.

However, the Kaza member states have ignored the fact that the market for rhinoceros horn is in Asia. Selling the powder in regional pharmacies will not do much in the fight to protect white and black rhinos.

Rhinoceros horn powder is mainly used in Asia to treat fevers, rheumatism and gout, as well as being used as a so-called aphrodisiac. However, trade in rhino horn was banned in China in 1993, leading to trade on the black market . Usually dealers prefer rhino horns from Asia, which are more pricey than the African rhino horn. But the rapid decline in the rhino population in Asia has forced illegal dealers to look to Africa as a source.

Johnny Rodrigues, of the Zimbabwe Conservation Task Force, said the Kaza states' decision was ill-advised and would only make the situation worse.

"It's not good for the conservation of the rhino. We will live to regret this decision. We will try to engage the stakeholders and come up with better methods of conservation," he said.

Rodrigues maintains the only way to deal with poachers at present is to poison rhino horns.

"Once it is known out there that the rhino horn in Southern Africa is poisoned, there will be no takers for it - and eventually poachers will shy away because the stock would lose value, whether they like it or not.

"Even if it takes someone to die then the message will be noted, because consuming the horn will be life-threatening," he said.

If rhino horn powder was to be made available in clinics and pharmacies, Rodrigues said, it would escalate poaching, because the poachers would race to beat the middle man with lower prices.

"Poachers will simply decide to push volumes with lower prices for the horn as they try to beat the middleman [clinics and pharmacies]. Besides, there is nothing that can beat the original raw material and the underground dealers will always prefer the horn as raw as it comes," he said.

In recent years the concept of dehorning rhinos was mooted in some of Africa's game parks. However, the killing of rhinos for their horns continued unabated.

Research also showed that dehorning disadvantaged the animals in the wild. The horn is part of the rhino's defence mechanism.

"Dehorning did not work because eventually the rhino would grow its horn back, and then the process would have to be done again with the animal enduring stress and heavy loss of blood," Rodrigues said.

In some reserves in South Africa, where more than 130 rhinos have been killed this year, rhinos have microchips and tracking devices inserted into them.