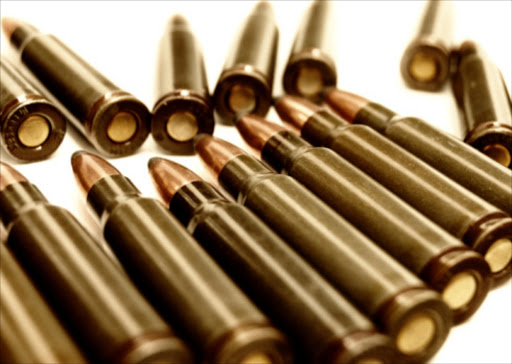 A group of men with AK-47s lay in wait for an ex-kingpin in the Nigerian swamps before instead opening fire on police -- the latest sign of trouble in a vitally important oil region.

The April 5 assault in the Niger Delta killed 12 policemen, with attackers firing from a jetty before two speedboats carrying other assailants arrived and also shot at the officers, some of whom jumped in the water, police said.

Authorities say the real target was an ex-militant leader turned state government adviser being escorted by a convoy of security forces through the labyrinth swamps for his mother's burial. He was not hurt.

"They were overwhelmed," Kingsley Omire, the police commissioner for Bayelsa state, where the attack occurred, told AFP in his office in the state capital Yenagoa a week after the violence.

The attack was yet another sign of the troubles underlying a 2009 amnesty deal in the impoverished Niger Delta aimed at ending years of unrest there.

The deal has allowed Nigeria to return to its status as Africa's biggest oil producer, mainly through payments to ex-militants, but it has not addressed deeper issues of corruption and unemployment.

Many analysts predict those issues will one day lead to more violence and say this month's deadly assault is an example of the risks.

Prior to the amnesty, militants claiming to be fighting for a fairer distribution of oil revenue as well as criminal gangs had attacked oil facilities and carried out widespread kidnappings in the delta.

A return to such unrest would be a devastating blow to Nigeria, the continent's most populous nation, with security forces already battling an Islamist insurgency in the country's central and northern regions.

A government panel is currently looking at whether to offer amnesty to the Islamists as well.

Nigeria relies on the oil industry for around 80 percent of government revenue and nearly all its export earnings.

"The amnesty peace from day one was a peace of the graveyard," said Esueme Dan-Kikile, a lawyer in Yenagoa who has worked on anti-corruption issues with the UN Office on Drugs and Crime and whose clients include disgruntled ex-militants.

"Peace in the sense that you see people not talking, but there's a problem ... My prediction is that when the amnesty ends, we will have an escalation of violence in this region because certainly the amnesty is not going to be forever."

The main militant group in the Niger Delta, MEND, has been mostly inactive in the years since the amnesty, with most major leaders having accepted the deal.

There have been widespread reports of former militants further boosting their take through lucrative pipeline surveillance contracts and other means. Oil theft has also flourished, robbing Nigeria of an estimated $6 billion yearly in revenue.

But in the days before the April 5 attack, a statement purportedly from MEND threatened fresh violence over the conviction in South Africa of one of its alleged leaders, Henry Okah, for 2010 car bombings in the Nigerian capital Abuja.

Another purported statement last week from MEND -- the Movement for the Emancipation of the Niger Delta -- claimed the attack in Bayelsa, also the home state of President Goodluck Jonathan.

Those statements have been met with scepticism.

Nigerian authorities and private security consultants believe that MEND is essentially defunct and that the attack was due to a dispute between the ex-militant leader recently hired by the government and his followers.

"MEND is for all intents and purposes dead and has been for quite some time," Bergen Risk Solutions, the Norway-based security consultants, wrote after the attack.

The source of the dispute that led to the violence, according to police, was amnesty money. It would not be the first time such a dispute has spilled over.

Followers of the ex-militant, named Kile Selky Torughedi but widely known by his militant moniker Young Shall Grow, alleged that he was not properly distributing money to them, Omire said.

Young Shall Grow had also recently been appointed an adviser on "marine waterways security" to the Bayelsa governor, the governor's press secretary Daniel Iworiso-Markson confirmed.

The attackers believed he was in the boat they opened fire on, but the former kingpin was in another vessel in the convoy further ahead and made it unscathed to his mother's wake and burial, said the police commissioner.

According to Omire, "over nine" boats carrying security forces were escorting Young Shall Grow and others at the time of the attack. Smaller engines plus motor trouble caused the boat that was attacked to lag behind, he said.

Iworiso-Markson said the accusations regarding amnesty money against Young Shall Grow were unproven.

He defended the governor's decision to hire him as an adviser, saying he knew the gang members in the swamps and could help bring them around. He disputed the idea that the hire had backfired.

"Amnesty will not just address those problems in one day," he said. "I think to a large extent we underestimate the sheer magnitude of the problem."