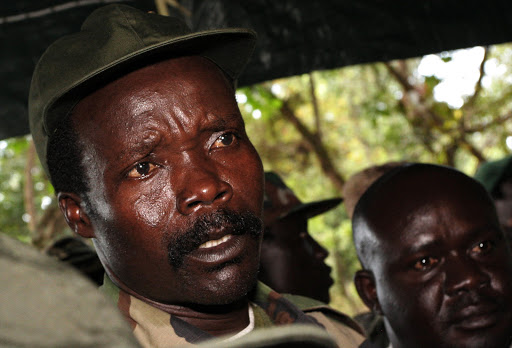 Sudan appears to be providing shelter to Joseph Kony, one of the world's most wanted warlords, according to a report released by the Washington-based Resolve group.

Kony leads the Lord's Resistance Army, which is infamous for mutilating its victims and abducting children for use as fighters and sex slaves. It has waged an insurgency against the Ugandan government for more than 25 years.

A self-proclaimed prophet who claims his rebels are fighting to establish a government based on the Biblical Ten Commandments, Kony and other LRA leaders face charges of war crimes and crimes against humanity at the International Criminal Court.

According to Friday's report, "eyewitnesses testify that elements from Sudan's military actively provided Kony and other LRA leaders with periodic safe haven in Sudanese-controlled territory from 2009 until at least February 2013."

"Sudan has no benefit from hosting rebels of another country," he said, quoted by the official SUNA news agency.

The report, called "Hidden in Plain Sight," also included satellite images of a recently-abandoned LRA camp, where Kony was last sighted in late 2012, in Sudanese-controlled territory along the disputed border with South Sudan.

Defectors and other sources told researchers that even while Kony was in the Sudanese-controlled territories, he "continued to direct LRA attacks against civilians in neighboring countries."

"As long as Kony is able to find a safe haven in Sudan, he can avoid pursuit by Ugandan forces by simply crossing the border whenever they get close," said Michael Poffenberger, Executive Director of The Resolve LRA Crisis Initiative and one of the report's primary authors.

"Sudan should not be allowed to harbor one of the most brutal and notorious war criminals in the world with impunity."

The activists call on the international community, including the United Nations and the African Union, to pressure Sudan to cooperate with efforts to fight the LRA and strengthen their own efforts against the group.

The report notes that the Kafia Kingi enclave where the LRA found "safe haven" is part of a demilitarised buffer zone which Sudan and South Sudan have set up since March.

Observers from both countries as well as from the UN have begun monitoring the zone.

"The United States is aware and continues to evaluate reports that the LRA has operated in the disputed Kafia Kingi area claimed by both Sudan and South Sudan," said Patrick Ventrell, deputy State Department spokesman.

"The US and the international community as a whole would take very seriously any credible evidence of support or safe haven being provided to the LRA," he said, adding Washington has encouraged Sudan to cooperate with regional efforts to counter the LRA.

Earlier this month, the US offered a $5 million reward for the capture of Kony, who Secretary of State John Kerry said would "not be easy to find."