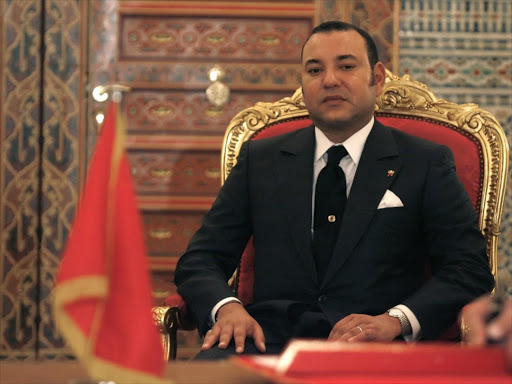 Moroccans furious over the pardon of a Spanish paedophile convicted of raping 11 children aged between four and 15, are planning more protests as the king announced an investigation into his release.

Social media sites have called for fresh protests in Casablanca and Rabat this coming week after baton-wielding police dispersed demonstrations on Friday.

Daniel Galvan Vina, said to be in his 60s, was pardoned by King Mohammed VI and freed on Tuesday from jail in Kenitra, north of the capital.

He had been sentenced in September 2011 to 30 years in prison.

Galvan was among 48 Spanish prisoners released in response to a request from Spanish King Juan Carlos, who visited Morocco in mid-July, the justice ministry said.

But royal palace said in a statement carried on Morocco's official MAP news agency that the king had been unaware of the nature of Galvan's crimes and had ordered a probe into his release.

The investigation should "determine the responsibilities and the failures that led to this regrettable release," the statement said.

"The king was never informed -- in any way or at any time -- of the seriousness of the abject crimes of which the person concerned was convicted," the palace added.

"It is clear that the sovereign would never have consented" to his release, given the "monstrous crimes" committed, the statement concluded.

Galvan is thought to have already left the country.

The incident has sparked outrage in the north African country, which has seen several high-profile paedophile arrests in recent months.

On Friday night, baton-wielding police dispersed several thousand people who tried to protest in front of the parliament in Rabat.

Dozens were injured, including reporters and news photographers, and some had to be hospitalised.

Others were held outside the Moroccan embassy in Paris on Saturday and in Kenitra, where the man had been held.

Police also broke up demonstrations in Tanger and Tetouan.

Protesters slammed the pardon as "an international shame" with one demonstrator saying the state "defends the rape of Moroccan children".

One young woman student told AFP: "This is the first time I have been to a demonstration because I am outraged by this pardon which has set this paedophile free."

Hakim Sikouk, who also took part in the Rabat protest, told AFP: "I was with a group of friends in front of the parliament when the police intervened violently. I was hit on the head."

In June, thousands of Moroccans marched in Casablanca to condemn paedophilia and violence against children in the north African country.

On June 20, police arrested a suspected British paedophile after local residents overheard screams from a six-year-old girl he allegedly abducted.

And in May, a Casablanca court jailed a 60-year-old Frenchman for 12 years after convicting him of paedophilia.

Abdelali Hamieddine, a senior member of the ruling moderate Islamist Party of Justice and Development, said the pardon was a "mistake".