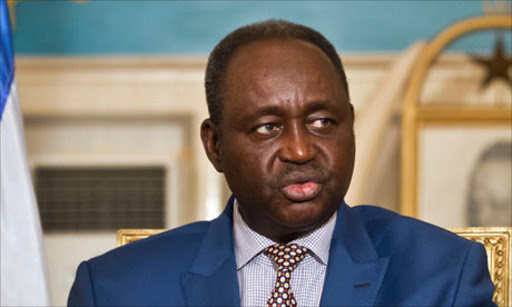 The deposed president of the Central African Republic, Francois Bozize, has surfaced in France, where he told a radio station on Saturday that he would seek to return to power “if the opportunity presents itself”.

Bozize, 66, fled the Central African Republic after the Seleka rebel coalition seized power on March 24 in the latest coup to hit the chronically unstable nation.

His home country issued an international arrest warrant for him in May on charges including crimes against humanity.

But the current interim president, Michel Djotodia, has since said Bozize could return, without specifying whether he would be arrested if he did so.

Bozize was thought to have fled to Cameroon after he was overthrown but his precise whereabouts were unknown.

In the interview with RFI radio on Saturday, Bozize said he was in France “to visit family who has always lived here”.

A spokeswoman for the French foreign affairs ministry told AFP that Bozize had been granted a visa in 2012.

Bozize also announced the creation of an organisation that would “follow closely and report everything that happens in the country, so as to inform the international community which seems to be unaware of the serious crisis building in the Central African Republic”.

Asked if he wished to return to power, Bozize responded: “Yes, regain power. If the opportunity presents itself, I will.”  He said though that any such attempt would be through “political means, as using force only comes when a political solution cannot be found”.

The rebellion, he said, “took power because it was helped by an external power... This was Chad.”  “I did not think I had a problem with Chad and its president, Deby. I was surprised to see the forces of his country finish the rebels’ actions” he said.

Bozize added that he believed France could play a role in resolving the crisis in his country.

France “has always been with us... France is better placed to resolve this problem with the contribution of the African Union,” he said.

The UN secretary-general, Ban Ki-moon is pressing for the international community’s “urgent attention” to the situation in the Central African Republic, in a report to be considered by the Security Council on Wednesday.

Ban said the total absence of the rule of law was “unacceptable” since the takeover by the rebels and wants to consider several options including sanctions and ensuring that anyone responsible for flagrant human rights violations faces prosecution.

Bozize told RFI he had not met French officials since his arrival in the country due to the summer holidays but “there are appointments in view”.

But a French foreign ministry spokeswoman said “no meeting had taken place and no contact was expected” between Bozize and the French authorities.