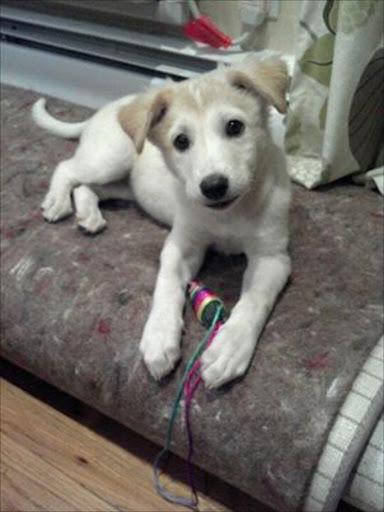 Cleo, one of the dogs rescued from the Muslim Brotherhood.
Image: Petfinder.com

US pet service petfinder.com has put out an appeal seeking homes for three puppies that had been rescued from Muslim Brotherhood protesters.

"Ten cruel bearded men gathered more than 20 puppies and start pouring gasoline on them and throw them at the army. These flying fire balls were puppies that used as weapon. We only could save these three poor babies," the website said.

The two managed to rescue three puppies but were unable to rescue the many others that the Brotherhood had already set alight.

"There is no indication that the Muslim Brotherhood will cease using this particularly grisly tactic," The Examiner said.

According to a CBS report, the puppies are of unknown breed and arrived in the US a bit malnourished but are otherwise healthy.