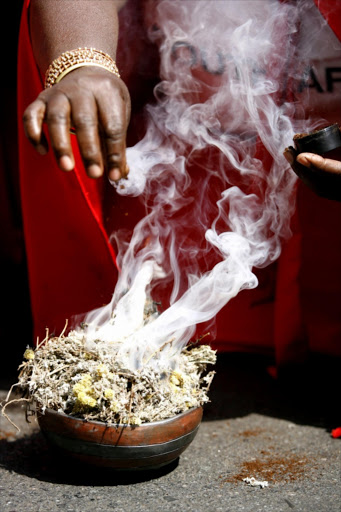 Traditional healer Eddington Virimayi says he is overwhelmed by women seeking to have their virginity restored.

According to myzimbabwe.co.zw, Virimayi says wives in Bulawayo, Zimbabwe whose husbands are returning after years in the diaspora were his biggest clients.

"Believe it or not women are my major clients. They come for all sorts of issues. A common issue in relation to this particular topic is that of virginity restoration. There are certain herbs we use to restore the broken hymen, which if after penetration the woman will bleed and feel pain like it is her first sexual encounter," he said.

He also claimed to have successfully carried out a penis enlargement treatment on one of his clients.

"This is actually not the first time I have carried out such a treatment. I once treated a soldier who complained about his manhood being too thin. What makes this particular one unique is the patient's size (that is the length) of the penis.

"When he first came to me seeking assistance, his manhood, when not erect, measured about 4cm but now it's a whooping 17cm. When it is erect it measures about 25cm," he said.