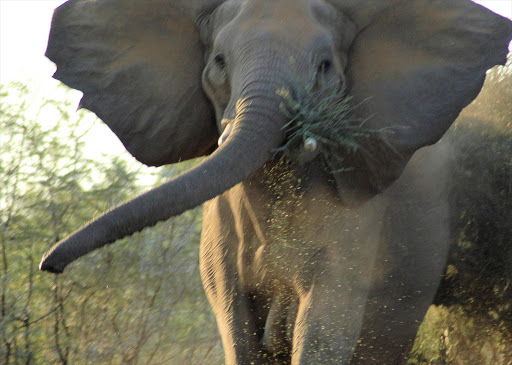 A Botswana man turned tail and ran, leaving his children behind him, when they came across a herd of elephant while walking to school in Tewane village, Botswana, The Monitor newspaper reported on Monday.

"It was the first time he saw elephants in his life. He told me that fear made him react without thinking," his wife Moseti Bafedile told the newspaper, according to a Sapa correspondent.

"I must confess, I initially felt so indignant that he abandoned the children when danger was lurking, but later when I was in the field, I saw the elephants myself and I was struck by fear."

She decided to go easy on her husband, she said.

The children arrived safely at school and were there on time.

Meanwhile, the local village chief, Keabetswe Kalanke, said the roaming herd had been reported to the wildlife department.