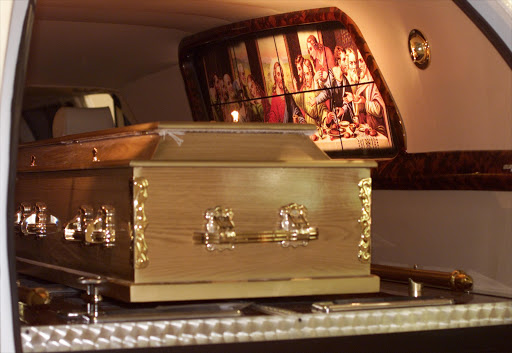 The funeral of a well-known rank marshal turned into a strip show when male and female mourners took off their clothes, apparently mimicking the deceased.

According to myzimbabwe.co.zw, the man from Dangamvura, Zimbabwe, was well known for hiring prostitutes.

As the relatives tried to give him a decent send-off, condoms were thrown into the grave, while the crowd said that was what the deceased did and would have wanted.

The funeral only came to order after disturbed mourners intervened.

"I have never seen anything like this. It is unacceptable because it denigrates the very process of burying a deceased person," said an elderly woman in attendance.

In July 2011, police arrested and fined four people who danced naked in full view of mourners at a funeral.

Fifteen people were also arrested a week later after attempting to do the same at another funeral.