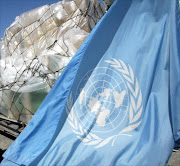 The United Nations Children's Fund (Unicef) has lamented the high rate of female genital mutilation in Nigeria, disclosing that at least 19.9 million women have gone through the procedure in the country to date, according to a report.

Nigerian Pilot reports that in a statement issued by the organisation, female genital mutilation (FGM) was described as an extremely harmful traditional practice documented in 29 countries across the African continent.

Ratidzai Ndhlova, Nigeria's representative for the United Nations Fund for Population Activities (UNFPA), described the act as an "extreme form of violence against women", adding that it violated reproductive rights and bodily integrity.

The procedure has proven to be prevalent in six states, namely Osun, Ebonyi, Imo, Ekiti, Oyo and Lagos, with an average of six out of ten women aged 15 to 49 having undergone it.

Health Minister Osagie Ehanire has since raised concern around what she called the "medicalisation" of FGM, All Africa reported.

According to Ehanire, health workers in the country have taken to "medicalised" FGM, using sterilized tools to carry out the procedure and offering anaesthesia to reduce pain.

The revelation follows a call made by First Lady Aisha Buhari urging all states within the country to abandon the practice.

Speaking at the launch of a national campaign against FGM, Buhari recently urged the wives of governors to implement sensitisation programmes in order to put an end to the brutal procedure.

According to local publication Naij, the campaign was launched in collaboration with Unicef and UNFPA, who hope to raise awareness around the issue.