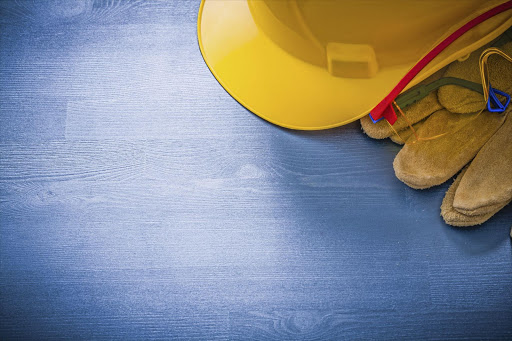 Heavy is the head that wears the crown. For the Beny Steinmetz Group Resources (BSGR), the company’s investment in the world’s largest iron ore deposit, Simandou, located in the far interior of Guinea, may not be worth the mineral’s perceived value: $10 billion.

In 2009, the BSGR empire’s namesake, Beny Steinmetz, acquired rights to mine the Northern portion of Simandou at the bargain bin price of just $165 million. Soon after, he sold 51% of the rights to Vale for a whopping $2.5 billion. The strategy made sense: Steinmetz had no significant experience in mining outside diamonds – a mineral easier to mine and sell than iron, which requires extensive infrastructure that costs hundreds of millions for such projects. That’s precisely what Rio Tinto, the mining company that previously held the whole concession, had done through investing more than $450 million.

Steinmetz let slip in a rare 2012 interview with the Financial Times that sometimes, “you have to get your hands dirty” – a comment said in the context of aggressive business strategies, not corruption. But the article also quoted Guinea’s Mines Minister Mohamed Lamine Fofana as saying BSGR “didn’t follow the law”. Allegations abounded about bribery. Guinea’s incoming elected government under President Alpha Conde began to probe the deal. So did the US’s Federal Bureau of Investigation (FBI) and the US’s justice department. An FBI sting resulted in Fredric Cillins, a BSGR representative, being charged with destroying evidence and tampering with a witness. That witness was Mamadie Toure, one of several women married to former Guinean president Lansana Conte.

In 2015, after serving two years in the US, Cillins was released. BSGR conceded it had used Cillins as a representative of the company, but stipulated that he was not an employee. According to Global Witness, the UK-based NGO that played a significant role in exposing the deal, Toure received a $2.4 million payment from a company called Pentler Holdings, a company registered in the British Virgin Islands (BVI) through Matinda, Toure’s own company. Pentler held a 17.65% share of BSGR Guinea. The sum is one of several pledged payments, alongside 5% of BSGR shares in Simandou, to Toure’s Matinda.

Internal data from Mossack Fonseca, a Panama-based offshore fiduciary, shared by the International Consortium of Investigative Journalists (ICIJ) and obtained by Germany’s Süddeutsche Zeitung pries open the corporate structure of companies involved in the deal.

The question of who established Pentler is integral to resolving a possible source of corruption. In August 2014, Mossack Fonseca’s legal department requested the company open case files about three entities represented by the company: Pentler, Windpoint and Astopak. The email was in response to the Tax Information Exchange Agreement (TIEA) notice from the US government into BSGR. All three companies were administered under Mossack Fonseca’s Swiss-based arm. Windpoint, a company known to belong to BSGR, was represented by Onyx, a financial advisory group that had a long relationship with BSGR. Pentler and Astopak were managed by Swiss-based Agefor.

By 2014, the date of the inquiry, the company was no longer functioning. Agefor’s senior partner with whom Mossack Fonseca had been in contact, Menachen Eitan (also known as Menahem Eytan) was described by the US Security and Exchange Commission (SEC) as a fugitive and wanted in connection with a $50 million ponzi scheme.

Mossack Fonseca’s Geneva representative, Adrian Simon, clarified that while they provided their nominee “to act as [Pentler’s] shareholder”, and that while Agefor was listed as beneficiary, “Agefor … from its side had a private mandate with the final user to act on a Fiduciary basis as Nominee Beneficiary”. Mossack Fonseca appeared to be unable to determine the ultimate beneficiary of Pentler.

The question came down to Onyx – a company that helped incorporate Pentler.

“Onyx is important because it set up … Pentler Holdings, a shadowy offshore company that signed corrupt deals in one of the world’s biggest mining scandals. BSGR has claimed that Pentler was set up independently. But BSGR’s close ties to Onyx show that claim is misleading,” said Leigh Baldwin from Global Witness.

Is Onyx, as claimed, a separate fiduciary agent and adviser - described by BSGR, “wholly separate and fully independent of BSGR?” Or is it a de facto part of the Steinmetz diamond empire? Both companies share directors that are old Steinmetz hands such as Dag Cramer and Sandra Merloni-Horemans. And Onyx’s website registration shows @bsgms (Beny Steinmetz Group Management Services) as the registrant. Publicly accessible information including corporate data from Company House reveals a name change from BSG Management Services, incorporated in May 2005 to that of Onyx Financial Advisors.

Another entity working in tandem with Onyx, and also seemingly separate is Margali, a company that has often acted as sole director on many Steinmetz firms including Koidu Holdings, Octea and myriad others.

On February 16 2006, Merloni-Horemans, acting for Onyx, informed Mossack Fonseca of the appointment of two Mossack Fonseca directors to Pentler Holdings Limited. The email stated that Margali, a director of Pentler since incorporation in 2005, was in the process of resigning from its directorship. But the email is relevant for its slipped language. Merloni-Horemans writes of the sole director of Margali “approving his resignation and the appointment of two Mossfon directors”.

Margali’s sole directorship then referred to a single individual who was male. A certification document dated 2012 identified Dag Cramer as Margali’s representative but not the company’s beneficial owner.

On March 23, 2006, an email from Onyx’s Merloni-Horemans included three attachments: the first, a certificate from BSG Guinea, incorporated in the British Virgin Islands confirming 8,825 shares to Pentler Holdings and the second, BSG Guinea’s certificate providing 41,174 shares to BSG Steel Holdings; this rendered both shareholders in BSG Guinea. The third was a document confirming both transactions with all three companies under the directorship of Margali.

On October 2 2015, Merloni-Horemans from Invicta (formerly Onyx) emailed MF with a document declaring Margali’s source of funds. The jurisdiction disclosed was Guernsey where BSG Resources is based. “Proceeds from contractual obligations” was listed for income generation. No other information was provided. The email stipulates the company’s activity as, “a corporate director in several companies which form [part] of the BSG Group of companies”.

This is frequently underscored in the emails dated back at least a decade: On October 28 2005, for instance, Onyx’s Merloni-Horemans sent an urgent email confirming the incorporation of several companies including BSG Energy Holdings, BSG Gold, BSG Metals and others in the BVI using Margali as director, and allocating power of attorney to herself.

BSGR declined to comment through their media spokesperson Anna Michniewicz.

As revealed in another Mossack Fonseca document, Cillins entered the picture on May 23 2007 as holding a Power of Attorney (PoA) – authorization to act on the behalf of another. Cillins’s PoA symbolizes his representation of an unknown principal. He was joined a month later by Avhraham Lev Ran. Both Ran and Cillins as well as Michael Noy were listed as beneficial owners of Pentler in a document dated May 14 2010.

But this does not answer the question of Margali or Onyx and what they represent within the BSGR empire. It also does not speak to what appears a much later entrance by Cillins.

If so, the documents identify a timeline indicating the inherent improbability of Pentler as independent and separate of BSGR as claimed by the company.

In May 2014, Mossack Fonseca’s attorney noted the U.S. investigation into Pentler, BSG Resources and Onyx. The company’s lawyer, summarizing media reports, recommended immediate resignation of the company as representative for BSG. As for Onyx, Mossack Fonseca’s compliance department concluded of Onyx and BSG in 2014: “They are the same.”