Mystery over death of stowaway on Nigerian plane at ORTIA 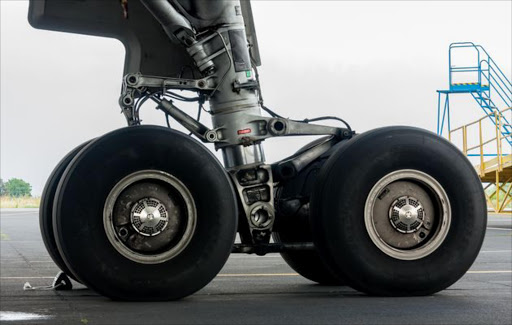 The South African Police Service is unaware of a body being found in the wheel well of a Nigerian plane after it landed at OR Tambo International Airport.

Arik Air‚ one of Nigeria's largest airlines‚ said that engineers “discovered the body of the stowaway during (an) inspection” on Wednesday after landing in Johannesburg from Lagos.

“I have just spoken to the Gauteng commander and he was not aware that a dead body was found‚ and we are still verifying that information. The commander will contact Acsa (Airports Company South Africa) to check if this has been reported to any police station‚ and if so‚ where‚” said Brigadier Selvy Mohlala.

Arik Air spokesperson Adebanji Ola said in a statement: “The lifeless body of a stowaway was on Wednesday‚ November 30‚ 2016 found in the main wheel well of one of Arik Air's A330-200 aircraft.

“Investigations are ongoing to determine how the stowaway found his way into the aircraft's main wheel well.”

Acsa had not responded to TMG Digital at the time of publication.