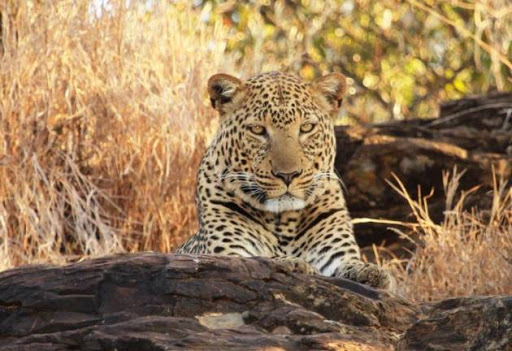 A lodge owned by a murdered British rancher in Kenya's northern Laikipia region announced its closure on Monday after being overrun by herders for months, ahead of August polls in which some politicians have made land reform a campaign issue.

Tristan Voorspuy, a British army veteran, was shot dead on Sosian in March, one of dozens killed and injured in Laikipia as armed herders searching for grazing have driven their cattle onto private farms and ranches from poor quality communal land.

"Since the beginning of the year Sosian, amongst other properties in West Laikipia, has been battling mass land invasions, violence and vandalism," the Laikipia Farmers Association (LFA) said in a statement on Monday.

"Attempts by government forces to rebuff the invaders on a large scale have been unsuccessful thus far."

Many residents of the area accuse local politicians of inciting the violence before elections in August. They say the men are trying to drive out voters who might oppose them and win votes by promising supporters access to private land.

Herders have illegally grazed more than 100,000 cattle on Sosian over the last five months, the LFA said, while also killing 13 elephants and shooting zebra, impala and buffaloes.

Laikipia is Kenya's second most important wildlife area after the famous Maasai Mara, and many large-scale landowners earn money from tourism as well as cattle ranching.

"We had a lot of serious shooting incidents in the last four months so it is not safe to bring any tourists," Richard Constant, one of Sosian's directors, told the Thomson Reuters Foundation in a phone interview.

Kenya dispatched its military to the area in March to help restore calm and disarm communities. The minister said the operation was going as planned.

Government spokesman Eric Kiraithe told the Thomson Reuters Foundation the government was doing all it can to restore order.

"Instead of invading private property, pastoralists should be willing to be taught how to manage the land they currently occupy," he said.

With increasingly severe droughts, population growth and the enclosure of public lands, many traditional nomads, who are often poor and illiterate, do not have grass for their animals.

Although rains have brought an end to months of drought in northern Kenya, large numbers of animals continue to graze illegally on Sosian and neighbouring ranches, the LFA said.