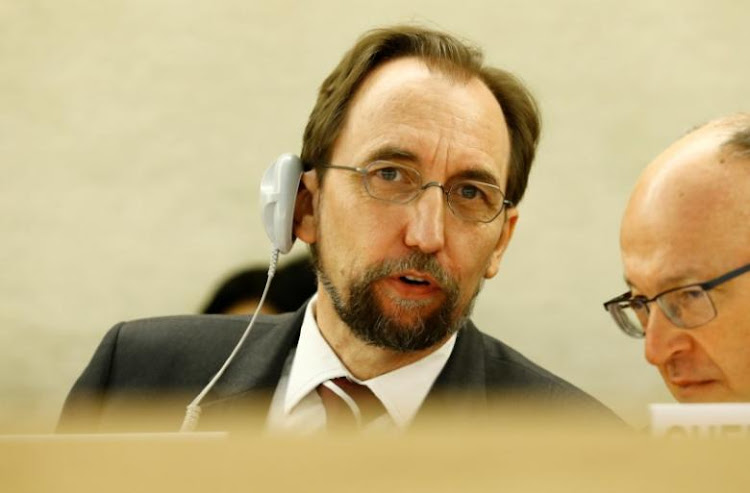 Democratic Republic of Congo's justice minister said on Monday that his government would not admit an independent investigation into violence in its Kasai region which has been called for by a top UN human rights official.

The UN Human Rights Council is likely to vote this week on whether to authorize such an investigation into violence that has killed hundreds in central Congo since last August, including two UN experts who were murdered earlier this year.

"Carrying out an investigation that excludes the Congolese authorities would be unacceptable. It would be as if we were not an independent country," Justice Minister Alexis Thambwe Mwamba told reporters in Geneva.

"That would be a pity, for the simple reason that if a resolution is voted for and doesn't take us into account, implementing it will be difficult," Thambwe Mwamba said. "Do you want experts to go into a foreign country without reporting to the national authorities?

"How will they get visas? How will they get access to the countryside? The best way would be to go towards a solution that is acceptable for everyone ... If you think you can do the investigation without us, go ahead."

He said it was baseless to suggest that Congo had not met a June 8 deadline set by Zeid, since it had presented its roadmap for investigating on May 24 in Kinshasa. Zeid has said the government’s response “falls short”.

Some legal proceedings had already begun, Thambwe Mwamba said, including the trial of people suspected of killing U.N. sanctions monitors Michael Sharp and Zaida Catalan, an American and a Swede who disappeared in March and whose bodies were found two weeks later in a shallow grave.

About a dozen suspects were identified from a video of the murders, and the four principal suspects have been arrested, Thambwe Mwamba said. The others are still being sought.

Last month a military prosecutor said two militia men had been arrested, and denied that Congolese forces were involved.

"We have deployed the whole arsenal to establish responsibility – who committed the act, who ordered it, are there politicians at the provincial or national level who could have played any sort of role?," Thambwe Mwamba said.

The minister also said Congolese opposition leader Moise Katumbi, who has been abroad since he was accused of plotting against the state a year ago, was free to come back to Congo whenever he wants, although he would have to face justice.

Thambwe Mwamba added that Katumbi could be barred from standing for election because Congo's constitution does not permit dual nationalities.

Thambwe Mwamba also commented on a lawsuit against him in Belgium, which accuses him of involvement in the downing of an airliner in 1998, with the loss of 40 lives. He said he was unfazed by the lawsuit, and was very happy to respond to the court through his lawyer, and would not invoke diplomatic immunity.