I was the victim, claims Grace 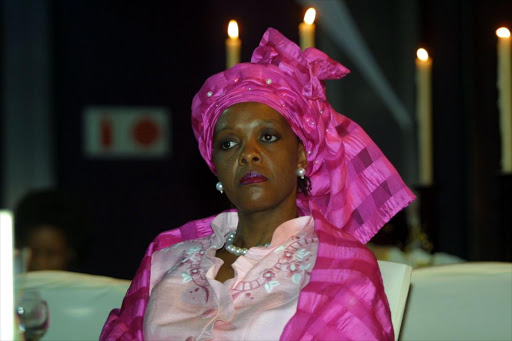 In a previously unreported August 17 deposition seen by Reuters, Mugabe countered 20-year-old Engels's version, portraying herself as the victim in the altercation after intervening on behalf of her adult sons Chatunga and Robert jnr, who were "in trouble with a drunken young woman".

The statement said Mugabe, 52 and a contender to replace her 93-year-old husband as Zimbabwe's president, was thinking about filing attempted murder charges.

Zimbabwe's first lady Grace Mugabe hit the campaign trail with her husband Robert on Friday, urging discipline in his party two weeks after she faced ...
News
4 years ago

According to Engels, an irate Mugabe burst into the room where she was waiting with two friends to meet Chatunga on August 13 and started hitting her with an electric cable.

Photographs taken by her mother showed a gash to Engels' forehead and head. She also had bruising on her thighs.

In her deposition, Mugabe dismissed Engels's version as "malicious allegations" and said she had been attacked.

"She was worried about them and went to see them at their hotel suite," the statement said. "Upon her arrival, Engels, who was intoxicated and unhinged, attacked Dr Grace Mugabe with a knife after she was asked to leave the hotel.

"Security was left with no other option but to remove Engels from the hotel suite."

"It is clear that Grace Mugabe is desperately trying to escape responsibility for her own violent behaviour by using lies to falsely portray the victim as the perpetrator."

South Africa granted Grace Mugabe diplomatic immunity, allowing her to evade assault charges, although Engels and AfriForum have challenged the decision, saying she was not in South Africa on official business.