Ordinary Zimbabweans tell us why they want to emigrate 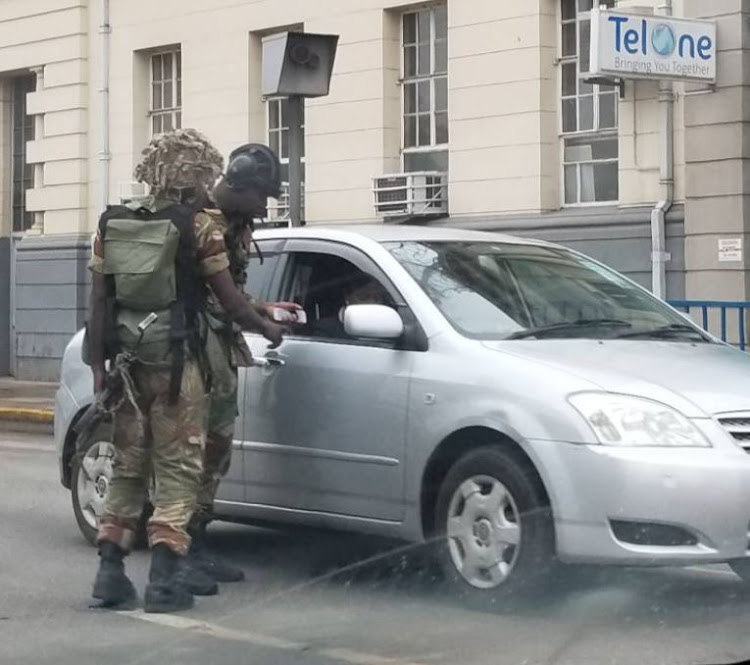 Emigration from Zimbabwe is soaring as ordinary residents despair at the imploding economy and political instability‚ even before the current political turmoil.

A month ago‚ TimesLIVE’s Harare correspondent Nhlalo Ndaba filed this report‚ which we republish today to bring perspective to the unfolding situation:

Ahead of Zimbabwe’s general elections‚ scheduled to be held around August 2018‚ the economy is imploding and some professionals as well as ordinary Zimbabweans have lost faith in a political solution and are now looking for greener pastures.

Sithembiso Ncube‚ a teaching assistant at one of Zimbabwe's tertiary institutions‚ has set her eyes on Australia. Despite academics earning more than average government workers‚ their salaries are behind by almost two months.

"Things are bad. I am surviving on bank overdrafts and the bank only takes its money as and when government pays us. What hurts me most is that they add interest‚" she said.

Her husband‚ Brian‚ owns a small construction company. But business is hard to come by since people don't have money to build. Some of his machinery was attached by the messenger of court for failing to pay workers.

Construction is a critical skill and the couple found it worthwhile to choose a country where they will both have jobs.

"We passed visa interviews last month. He will go first and then I will automatically get a spousal visa‚" said Sithembiso.

The Ncube's are selling their movable property to raise a one-way ticket for Brian. "When he arrives‚ the Australian government will refund his airfare and that will be used to buy my ticket‚" she added.

According to Australian laws‚ the couple will have to work two years for the government. Thereafter‚ get an option of taking up residence or extend their visas.

In their circle of friends‚ a lawyer husband and computer engineer wife left in December for Italy.

Another Zimbabwean who refused to be named returned back home in 2011 during the Government of National Unity (GNU) that brought stability as President Robert Mugabe shared power with his erstwhile rival Morgan Tsvangirai. But now‚ she is also on her way out.

"My standard of living has gone down and signs are that things will only get worse‚" she said‚ as she sets her eyes on the United Arab Emirates.

Doctors and nurses are also leaving in droves. Last year sizable numbers relocated to Swaziland‚ Namibia and the United Kingdom. A basic starting salary for a nurse in the UK before added benefits and overtime is 21‚000 pound sterling per year - a far cry from the $4‚000 per year in Zimbabwe.

There is a lack of up-to-date statistics on the number of Zimbabweans in the diaspora but the International Organisation for Migration (IOM) put the figure of those who left during the economic meltdown of 2008 at between 500‚000 and three million based on various sources like government and non-governmental organisations.

For most ordinary Zimbabweans‚ South Africa is the destination of choice. Statistics from the South African embassy in Harare indicate that visa applications have doubled since 2014. The embassy now processes an average of 6‚000 permits per month against 3‚000 three years ago.

However‚ those in South Africa under the Zimbabwe Dispensation Permits are racing against time to extend their stay.

"There is panic because by December everyone should have extended their permits but the online system is not working properly‚ hence some don't have interview dates. It's complete chaos‚" said Tendai Bhiza from People Against Suffering Oppression and Poverty (Passop) in Cape Town.

The SA Department of Home Affairs opened applications for the new Zimbabwean Exemption Permit (ZEP) in September. It replaced the Zimbabwe Special Permit‚ which was awarded to about 200‚000 working Zimbabweans in SA.

On Friday‚ SA Home Affairs director-general Mkuseli Apleni released a statement announcing that the cut-off date for ZEP applicants to have their in-person appointments had been extended from end-November to January 31 next year. This was a response to long queues and a lack of time to complete the process.

Most Zimbabweans in South Africa are not documented and more are on their way into the country.

"I charge R2‚000 to get a person into South Africa. I have roughly six people every fortnight. Lately we have been transporting children who are being reunited with their parents because life has become tough back home‚" said a cross border transporter also known as Umalayisha.

Inside Zimbabwe‚ many Zimbabweans now treat cash as a commodity instead of a store of value. Before spending it‚ they inquire about the day's rate.

"When I have cash I don't use it to pay for bills. I check its rate against the bond note or telegraphic transfer‚" said Sharon Murewa. For example‚ the rate between the American dollar and telegraphic transfer recently was 1=1‚5 - thus a US$100 would give one a value of $150 in transfer money.

This week‚ Zimbabwe announced it has relaxed regulations barring the import of basic commodities to avert a shortage of goods ahead of the festive season.

Statutory Instrument 64 was put in place by the government to prevent items such as groceries‚ building material and furniture from entering the country‚ in an attempt to stimulate domestic production.

Now‚ anyone with foreign currency can approach the government for an import permit.

However‚ the decision came a bit late‚ because retailers have been accessing South African products such as milk‚ cooking oil‚ cereal‚ detergents‚ biscuits‚ razor blades – to name but a few – from the runners and smugglers‚ popularly known as “Omalayitsha”.

With the disappearance of hard currencies on the streets‚ retailers are forced to hike their prices‚ because buying rands using the local bond notes is expensive.

“The rand trades on an average of R100-$7‚ but against the local bond notes – which officially have the same value as the rand – it is R100-$11. Therefore‚ I need more bond notes to get my hands on the rand. To operate at a profit‚ I have to hike my prices every time the bond notes lose value‚” said a supermarket owner.

Other notable price increases have been on items such as sanitary pads‚ hair products‚ milk‚ whisky and even locally produced products such as bricks.

But that may not help. Economist Stevenson Dhlamini said: “Price controls will make goods only accessible on the black market at more expensive prices‚ because traders will factor in the risk allowance‚ since they will be prone to police raids.”

'This is an historic moment for Zimbabwe'

A law lecturer who acted as political advisor to former prime minister Morgan Tsvangirai says that all evidence points to a “coup” underway in ...
News
4 years ago

Indications are we are going to military rule – Zim ambassador

An ambassador to South Africa from the official opposition political party in Zimbabwe says all indications are that Zimbabwe is heading to military ...
News
4 years ago

A number of Zimbabwean cabinet ministers have been arrested after the military made a show of force in the capital Harare‚ according to sources.
News
4 years ago