SADC intervenes in tensions between Mugabe and his generals 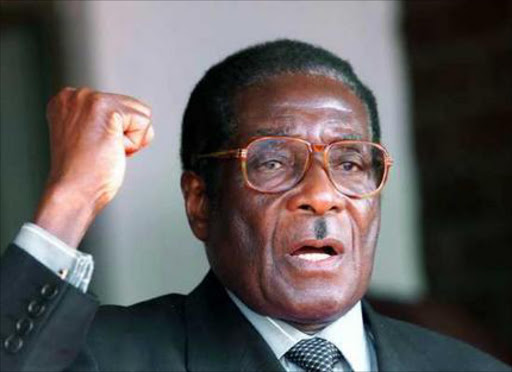 Hours after Zimbabwe’s military announced that it had seized control of the country with little resistance offered‚ the Southern African Development Community (SADC) quickly moved in to show its hand and waded into the tensions between President Robert Mugabe and his army generals.

The involvement of the SADC presents a significant challenge for the army generals‚ which now need to convince the regional bloc that they have not usurped power from a constitutionally-elected government.

The regional bloc and by extension the African Union‚ frown upon military interventions.

But‚ the SADC’s intervention might as well have come in a little too late for Mugabe‚ as the military moved in on Wednesday to tighten its grip over the capital city.

The military seized all the national key points which include the airport‚ the national broadcaster and cordoned off Parliament and the Munhumutapa offices — the latter which house Mugabe’s office.

A heavy presence of armed soldiers and tanks in the CBD area around Parliament and the Munhumutapa offices indicated a show of power by the army and the tide which had swept in.

There was however little disturbance to daily routines‚ with supermarkets and schools opened as usual.

Scheduled flights at Robert Mugabe International Airport were taking off as planned with no cancellations by the major airlines. SAA‚ Fastjet‚ Emirates‚ British Airways‚ Ethiopian and Kenyan Airways are some of the foreign airlines which fly in and out of Harare.

Meanwhile‚ President Jacob Zuma‚ the SADC chairman‚ said he had communicated with Mugabe over the phone on Wednesday and the latter had indicated that he was fine‚ but had been confined to his residential home in Borrowdale by the army generals.

Mugabe has not been seen in public since last week when he presided over the renaming of Harare international airport to his own name. At the time of his elbowing out‚ he had not responded to the challenge thrown at his feet by the military.

Zuma on Wednesday was expected to dispatch two special envoys‚ Nosiviwe Mapisa Nqakula‚ the defence minister‚ and Bongani Bongo‚ the state security minister‚ to Luanda‚ Angola‚ and Harare‚ Zimbabwe‚ to meet with Mugabe and the army generals.

In a statement‚ the department said the two special envoys would be sent to Angola to meet with President Joao Lourenco‚ who is the SADC’s chairman of the organ on politics‚ defence and security‚ and brief him on the situation in Zimbabwe.

“President Zuma has reiterated his call for calm and restraint and for the Zimbabwe Defence to ensure that peace and stability are not undermined in Zimbabwe. SADC will continue to monitor the situation closely‚” said Bongani Ngqulunga‚ Zuma’s spokesperson.

Meanwhile the military has been careful not to describe its actions as a coup.

Alex Magaisa‚ a Kent University lecturer‚ said the term coup carried innuendos which the new power brokers did not want to be associated with.

Pictures of Zimbabwe Finance Minister Dr Ignatius Chombo's bullet-riddled house have emerged‚ showing that his arrest was no simple affair.
News
4 years ago

So with careful craftsmanship in order to bypass the usually thin line associated with coups‚ such as bloodletting‚ the military instead pledged a commitment to protect citizens and a return to civilian rule‚ once it had completed its mission of dealing with criminal elements which surrounded Mugabe.

The SADC led by Zuma said it “noted with great concern the unfolding political situation” and dispatched a special envoy to Harare on Wednesday to mitigate the unfolding crisis.

The US and UK embassies were closed in Harare on Wednesday with a warning issued to their citizens to exercise caution and that they would monitor closely developments. Reports suggested that with the seizure of power by the military‚ the Mugabe G40 faction in Zanu-PF was effectively dismantled as its main driving forces were arrested by the military.

Chofamba Sithole‚ a political analyst‚ said it was imperative for the military to “re-imagine the national agenda in the context of national aspiration in its holistic‚ comprehensive and non-partisan character”.

Zimbabwe's military seized power on Wednesday saying it was holding President Robert Mugabe and his family safe while targeting "criminals" in the ...
News
4 years ago