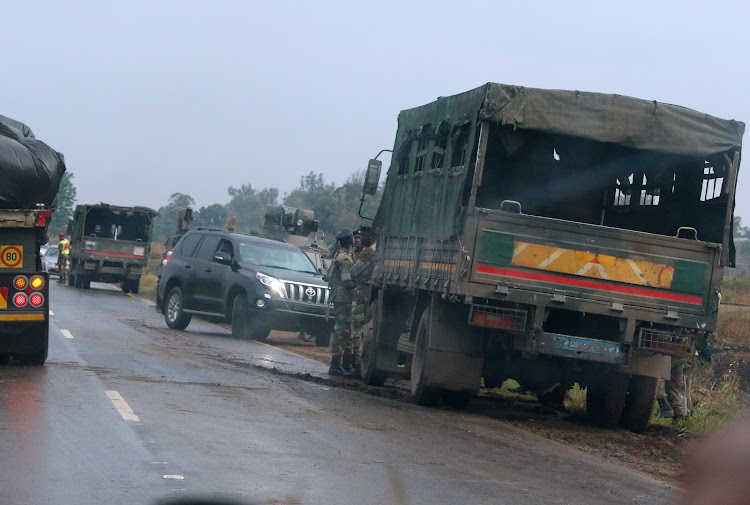 Zimbabweans living in South Africa hope the move by the military to seize power from President Robert Mugabe will end corruption, abuse of power and economic hardships, even though uncertainty remained as to who was in charge.

Zimbabwe's military seized power early on Wednesday saying it was targeting "criminals" around Mugabe, 93, who has ruled Zimbabwe since independence in 1980.

Several million Zimbabweans have fled the country, mostly to South Africa, after the economy shrank by more than a third from 2000 to 2008 following the collapse of the agriculture sector. Unemployment rose to over 80 percent. Many in the diaspora said they were happy to see change back home at last.

"I think it's a step in the right direction for a political situation which was now a joke," Kevin Mpofu, 28, said. "The arrests that have happened so far are a celebration for many Zimbabweans tired of the corruption and abuse of power."

SADC intervenes in tensions between Mugabe and his generals

Hours after Zimbabwe’s military announced that it had seized control of the country with little resistance offered‚ the Southern African Development ...
News
4 years ago

A 30-year-old Zimbabwean working as a marketing officer in South Africa who gave his name as Billy said it was "about time but it might be 20 years too late."

He worried that one strongman might follow another: "It may be hard in future to remove that person as well. We might have another 37 years ahead of us of a single person."

The main goal of the generals appears to be preventing Mugabe's wife Grace, 52, from succeeding him.

"We have suffered way too long under Mugabe, and ironically to some point Grace Mugabe is our hero. If it wasn't for her big mouth and her big ego this situation would not have happened," said 36 year-old Mbangeni Nyathi, Johannesburg-based spokesman for Tajamuka, a pressure group calling for change in Zimbabwe.

"We are not sure who is in charge but we are ready for any kind of change. Our hope is for the military to pave way for free and fair elections," he added.

Zimbabwe's economy briefly stabilised from 2010-2014 when Mugabe was forced to accept a power-sharing government with the opposition, but since then the recovery has unravelled. A chronic shortage of dollars has led to long queues outside banks and imported goods are running out.

Asked if he would return to Zimbabwe if the economy was revived, Billy said: "Definitely, there is no place like home." (Additional reporting by Lynette Ndabambi; Editing by James Macharia and Peter Graff)

Pictures of Zimbabwe Finance Minister Dr Ignatius Chombo's bullet-riddled house have emerged‚ showing that his arrest was no simple affair.
News
4 years ago

Zimbabwe's military seized power on Wednesday saying it was holding President Robert Mugabe and his family safe while targeting "criminals" in the ...
News
4 years ago