Tsvangirai's death will not split the MDC 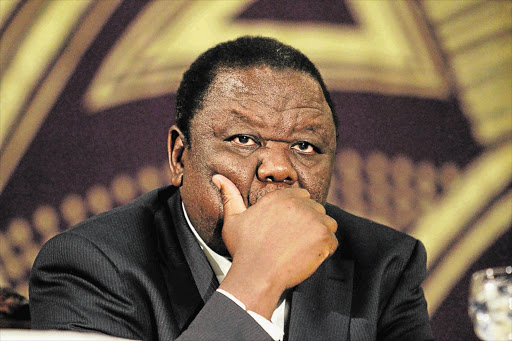 The death of Zimbabwean opposition leader Morgan Tsvangirai might highlight the factions within the Movement for Democratic Change (MDC) but will not split the party.

That is the view of political analysts.

Tsvangirai‚ 65‚ was the rival of ousted president Robert Mugabe. He died on Wednesday evening at about 8pm at an unnamed hospital in Pretoria after a long battle with cancer.

MDC vice-president Advocate Nelson Chamisa was appointed the party’s leader for the next year on Thursday.

Political and executive chairperson of the Southern African Political Economy Series Trust Dr Ibbo Mandaza said on Thursday the death of Tsvangirai will give the MDC a platform to unite.

“His passing will be an invaluable resource for the opposition against the Zanu-PF and its coup government.”

Zimbabwe opposition leader Morgan Tsvangirai died on Wednesday in South Africa after a long battle with cancer, the vice president of his Movement ...
News
3 years ago

He believes the party will put factional battles aside during this time of mourning.

“It is likely that his death might in fact help in many ways in terms of curing the rifts and mending the fences.”

Dr Bekithemba Mpofu from the University of Witwatersrand (Wits) said it is “unfortunate” the issue of who would succeed Tsvangirai was not resolved despite his diagnosis about two years ago.

Mpofu does not foresee a split in the party.

“It’s possible though that some unhappy leaders might retire from politics or join other political formations. Such a move can only take a few sympathisers from structures and I personally do not see it destabilising the core of the party.”

Zimbabwe's main opposition leader, Morgan Tsvangirai, is critically ill in a South African hospital and his supporters should "brace for the worst", ...
News
3 years ago

He believes the differences in the party will unlikely be resolved before this year’s elections.

“It might be that unity - while desirable - is not the best option moving forward‚ because the differences will continue to play in the public to the detriment of a progressive campaign.”

Zimbabwean President Emmerson Mnangagwa said in a statement he will invite political parties for a meeting to build “political consensus”.

“Indeed the ethic of overarching collaboration above fair and peaceful political contestation must be cultivated and entrenched into our national politics for all times.”

- Additional reporting by Reuters and James Thompson in Harare