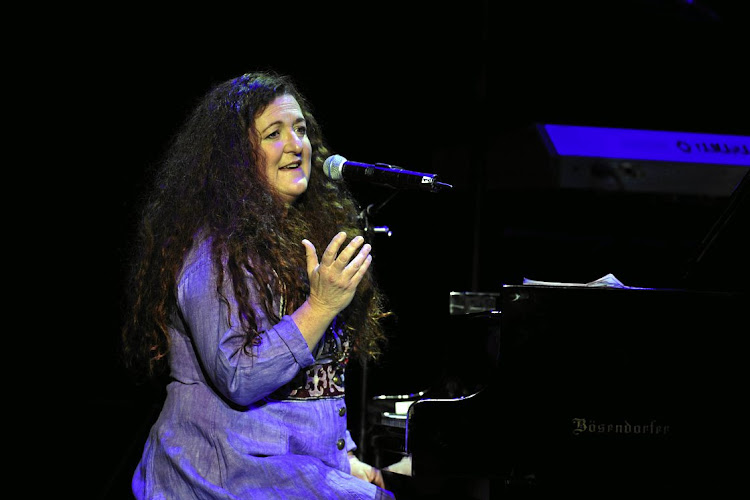 Ferguson posted on Facebook on Sunday morning that she had made the decision “after many months of deep consideration‚ consultation and attempts to mediate according to principles of restorative justice as embodied by the Truth and Reconciliation process South Africa has followed”.

After many months of deep consideration, consultation and attempts to mediate according to principles of restorative...

“I do this in the hope that other victims of sexual abuse will be empowered to speak out and act. I do this and ask for your support prayerful‚ in thought or action for all those affected by his sexual misconduct. I also am aware of the distress his family must be experiencing and express my sadness that they are inevitably affected. #wetoo”

Ferguson broke her silence on Facebook on October 18 last year after Jordaan allegedly raped her at the Holiday Inn in Port Elizabeth 24 years ago.

Jordaan at the time denied the claims in a statement issued by his attorney Mamodupi Mohlala-Mulaudzi last year.

What I hoped Danny Jordaan would get from mediation: Bishop Verryn

Bishop Paul Verryn says he had hoped to spare both soccer boss Danny Jordaan and former ANC MP Jennifer Ferguson when he offered to facilitate ...
News
3 years ago

Jordaan said he kept quiet on the matter because of his “empathy” with the victims of gender-based violence.

“Dr Jordaan has‚ however‚ after careful consideration decided to assert his innocence. Whilst Mr Jordaan supports public debate as an essential tool to highlight the issue of gender-based violence ... in this case there are two opposing versions that cannot be resolved in the media‚ or elsewhere‚ in substitution for a court of law‚” the statement read.

Police spokesperson Colonel Lungelo Dlamini confirmed Ferguson opened a case of rape at Parkview police station in Johannesburg before it was transferred to Port Elizabeth.

I didn't do it: Danny Jordaan

Soccer boss Danny Jordaan has denied allegations by former ANC MP Jennifer Ferguson that he raped her 24 years ago.
News
3 years ago

Soccer boss Danny Jordaan will on Wednesday break his silence regarding the rape allegations levelled against him‚ his lawyer said.
News
3 years ago