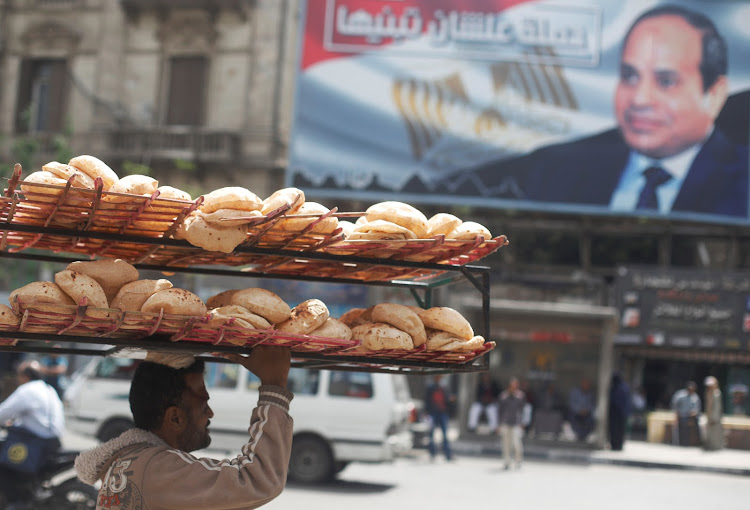 A man carries breads on his head along a busy street near a banner for Egypt's President Abdel Fattah al-Sisi after election results in Cairo, Egypt April 3, 2018.
Image: REUTERS/Amr Abdallah Dalsh

A military court has sentenced Egypt's former anti-corruption chief to five years in prison on charges of spreading false news harmful to the military, his lawyer said on Tuesday.

Hisham Genena ran alongside former military chief-of-staff Sami Anan as a member of his short-lived presidential campaign before the latter was detained in January and accused by the army of running for office without permission, bringing his bid to an end.

Genena was arrested and put under investigation by the military prosecutor in February over comments he allegedly made in an interview with the HuffPost Arabi news website.

In the interview, Genena said Anan possessed documents that were damning of senior Egyptian officials. He gave no details.

Anan's lawyer criticised Genena and wrote on his Facebook page that the statements Genena had made were "completely untrue". He did not specify which statements.

The former auditor was beaten up outside his home shortly after Anan's arrest, and he has accused the government of being behind the assault. Three alleged assailants said Genena's injuries were the result of a fight after a car accident.

"A petition to the military leader is all we have now," Ali Taha, Genena's lawyer, told Reuters on Tuesday.

President Abdel Fattah al-Sisi, who last month won a second term of office in a vote that involved only one other candidate - who said he himself supported Sisi - is by law the military leader of the country.

Egypt expanded the jurisdiction of military courts in 2014 to try civilians accused of acts ranging from attacking state facilities to blocking roads.

The practice is seen by critics as another clampdown on dissent by a government that has jailed thousands of Muslim Brotherhood supporters and targeted other activists.

It is a controversial issue in Egypt, where the armed forces play an influential role in both political and economic spheres.