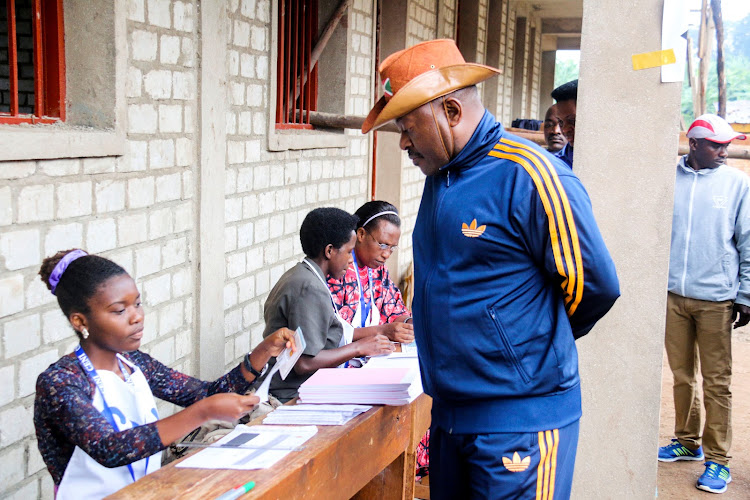 Burundi President Pierre Nkurunziza is registered by an electoral official before casting his ballot at a polling centre during the constitutional amendment referendum at School Ecofo de Buye in Mwumba commune in Ngozi province, northern Burundi, May 17, 2018.
Image: REUTERS/Evrard Ngendakumana

Voters in Burundi have overwhelmingly approved a new constitution, the electoral commission said on Monday, ushering in changes that could let the president stay in power to 2034.

Rights groups said campaigning and the vote itself took place in a climate of fear and intimidation. The government had denied the vote would be anything but free and fair.

Opposition leaders say the changes to the constitution will allow Nkurunziza — whose party gave him the title this year of Supreme Eternal Guide — to be above the law.

The East African country has broadly the same ethnic make-up as neighbouring Rwanda, where 800,000 Tutsis and moderate Hutus were slaughtered by Hutu extremists in a 1994 genocide.

An official of Burundi's ruling party was sentenced to three years in jail on Monday for urging government supporters to throw opponents into a lake ...
News
3 years ago