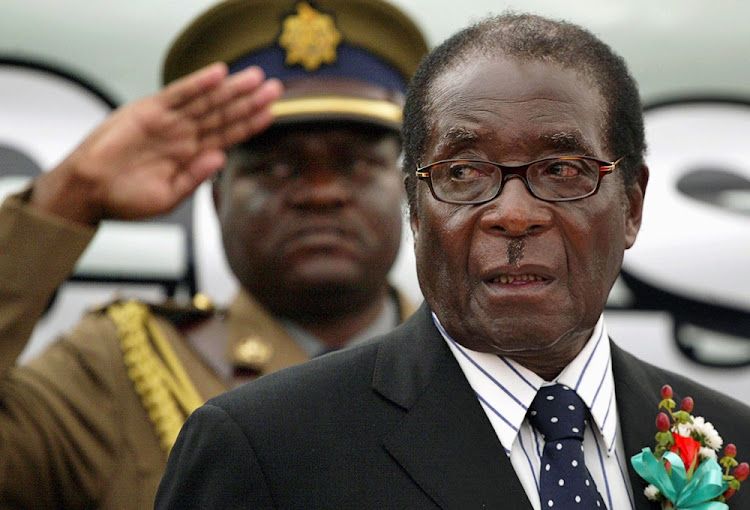 A leading weekly‚ The Standard‚ quoting sources‚ reported that Equatorial Guinea President Teodoro Obiang Nguema Mbasogo had paid a visit to his close friend Mugabe at his private residence‚ the Blue Roof in Borrowdale‚ where the offer had been made.

However‚ Mugabe is said to have warmly declined the offer.

"This is my home‚ I will die here. I will visit you as and when I want to but I will never abandon my people‚" Mugabe is reported to have said.

The paper also reported that Mugabe had complained that his successor‚ President Emmerson Mnangagwa‚ was keeping a close watch on his movements.

Since stepping down after military intervention in November 2017‚ Mugabe has spoken only once to the media when he revealed that his family's security was compromised. Only pictures and videos of the former head of state have surfaced on social media‚ which have been posted by close family during celebrations such as his birthday and family dinners.

Mbasongo and Mugabe - both at some point Africa's longest serving leaders – cemented their friendship in 2004.

Their Boeing 727 was seized by Zimbabwe's security forces when it landed in Harare to collect weapons.

In 2015 at the request of Mbasongo‚ Mugabe sent military experts to one of Sub-Sahara's leading oil producers.

Since 2008 Zimbabwe has been holding harmonised elections whereby representatives of local authorities‚ parliament [National Assembly and Senate]‚ ...
News
4 years ago