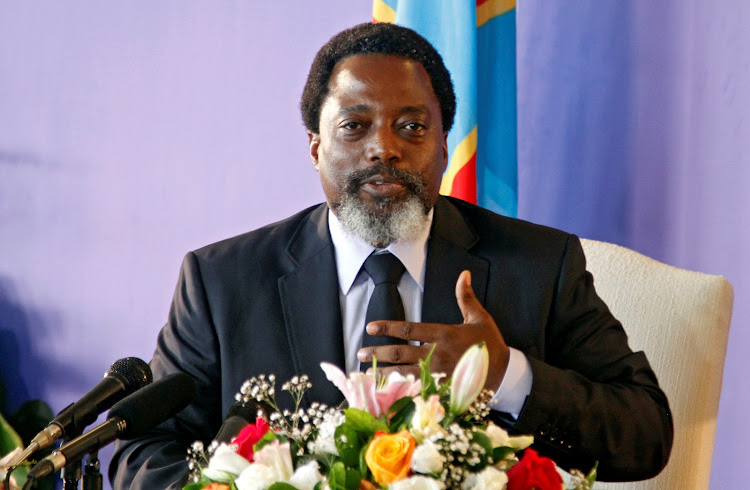 The announcement could be a further sign that Kabila intends to step down after an election in December despite speculation that he is trying to circumvent term limits that forbid him from running again.

Prime Minister Bruno Tshibala told Reuters this week that Kabila would not be a candidate, the clearest declaration yet from a senior government official on the matter.

But Kabila himself has refused to publicly commit to leaving office and some of his supporters have in recent weeks floated a legal rationale that would allow him to stand again.

"At the request of the president of the republic, an extraordinary session will be convened," lower house speaker Aubin Minaku told deputies on Friday at the close of the latest parliamentary session.

"We will examine several items including the law on the status of former chiefs of state, the designation of a new member of the constitutional court and the law on the tax to promote industry," he said.

It was not immediately clear when that session would take place.

Under the constitution, former presidents already receive broad immunity from prosecution as senators for life.

Modeste Mutinga, a senator from an opposition party, introduced legislation in 2015 to reinforce those protections in an effort to encourage Congo's first ever democratic transition.

It stipulates that former presidents and their aides will not be liable for arrest for common law violations committed in the exercise of presidential functions. It also provides for bodyguards for ex-presidents and increases in their pension.

However the bill never came up for a vote.

"As the initiative for taking up this law during the extraordinary session comes from those who blocked the law, we think that this time we are really going to examine (it),” Mutinga told Reuters.

Kabila succeeded his assassinated father as president in 2001. He was required by the constitution to step down in December 2016 but the election to replace him has been repeatedly delayed.

Since then, security forces have killed dozens of anti-Kabila protesters while surging militia violence has raised the spectre of a repeat of civil wars around the turn of the century that cost millions of lives.

The special session will also select a new Constitutional Court justice to replace Felix Vunduawe Te Pemako, who was named president of a separate court this week.

Last month, Kabila and parliament named two close Kabila allies to the court in moves analysts say could be geared either at securing a judgment that allows him to run again or bolstering the chances that his preferred successor will win.