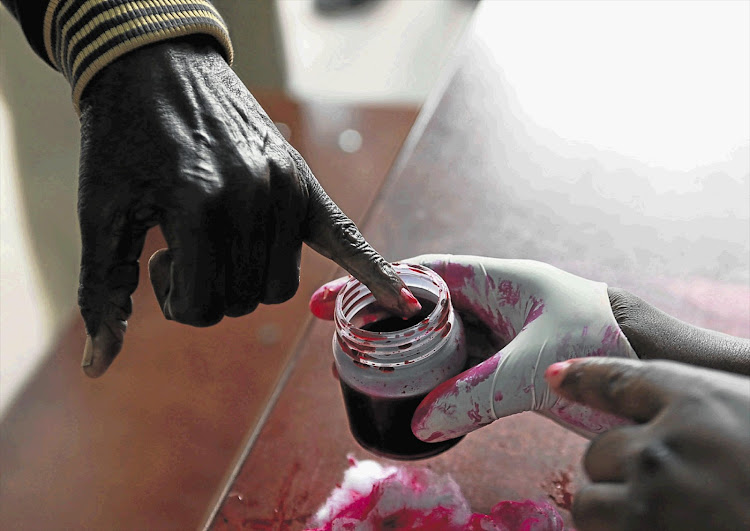 A grouping of civil society organisations operating under the banner of Crisis in Zimbabwe Coalition (CZC) accuse the Zimbabwe Electoral Commission (ZEC) of making "piecemeal" and "inadequate" reforms before elections due to be held in a month's time.

The grouping‚ in its open report to the Southern African Development Community (SADC)‚ argues that relations between the military and civil society in Zimbabwe have collapsed to a point that the smooth running of the electoral process on July 31 would be impossible.

This is largely because the electoral body has allegedly failed to keep the military away from politics and this poses a danger to the SADC region.

"The state has literally been captured by the military and critical autonomous entities such as the Zimbabwe Electoral Commission (ZEC) have been compromised and cannot execute their mandate independently‚" said CZC.

The opposition has been calling for the removal of military and other security services officials drawn from the country's spy organisation‚ the Central Intelligence Organisation [CIO]‚ and the police from the electoral body. Earlier this month ZEC reacted angrily to the accusation levelled against it and challenged those making claims to prove them.

"We have called upon anyone with evidence that a serving military person is working at ZEC to come forward with that information and we will act on it. I have challenged people to bring the evidence so that we kill the matter but no one has been able to bring forward such evidence‚" said ZEC chairperson Justice Priscilla Chigumba.

CZC also claimed that there was no political will from government to implement the electoral principles and guidelines agreed to by the SADC and African Union (AU).

"While Zimbabwe is a signatory to both the SADC Principles and Guidelines Governing Democratic Elections and the African Charter on Democracy and Elections‚ there is no political will to domesticate and implement these protocols in letter and spirit‚" the group said.

There is a record 23 presidential candidates. However‚ most surveys and studies carried out so far indicate that the election could be a two-horse race between President Emmerson Mnangagwa of ZANU PF and Nelson Chamisa of the MDC Alliance. There is also the Thokozani Khupe MDC T factor . The party uses a similar name and symbols to the MDC Alliance and there are worries that it will result in a split vote.

There is also Joice Mujuru of the People's Rainbow Coalition [PRC] who is understood to have a considerable following in Mashonaland East‚ Mashonaland Central and Mashonaland West provinces where the Robert Mugabe-backed New Patriotic Front [NPF] also hopes to get a share of the vote.

Due to the huge interest in the general elections‚ CZC hopes ZEC will keep to its promise of announcing election results within five days and that the army will also promise not to interfere.

'Vote for me and you'll eat bacon and egg every day': Zimbabwe presidential hopeful

Zimbabwe’s political parties pledged to hold peaceful campaigns ahead of July’s presidential vote, seeking to halt violence that has marred previous ...
News
2 years ago
Next Article