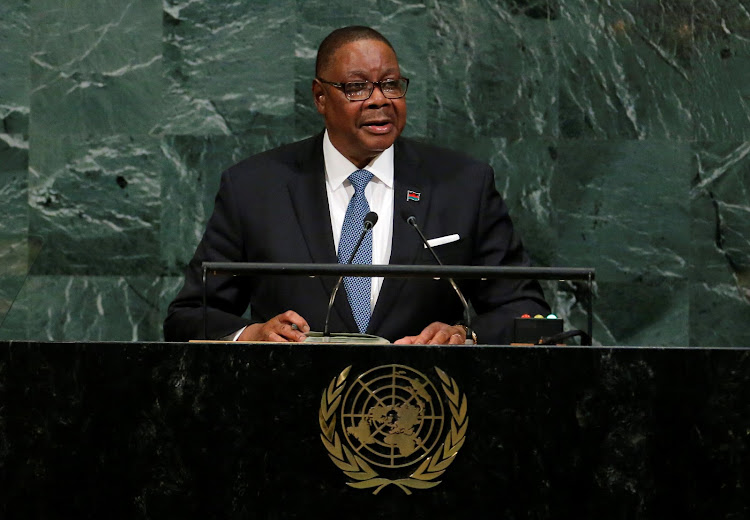 Malawian President Peter Mutharika said on Sunday reports accusing him of fraudulently benefiting from a near $4-million government contact were "fake news" as part of a ploy to smear him ahead of a national election next year.

"I did not personally benefit in any way from the contract and that's why I am concerned about the lack of truth. I am worried about what our country has become in as far as peddling of fake news on social media is concerned,” he told Reuters.

"I do understand that it's election season and my opponents will come up with all manner of lies in an attempt to win the hearts and minds of people."

Mutharika, president since 2014, has been tipped to be re-elected, but regular allegations of corruption could hobble his campaign in the impoverished southern African nation where reports of government graft have become routine.

Malawi's two biggest daily newspapers on Friday published what they said was the ACB's final report into the contract.

The reports, widely circulated on social media, said the businessman deposited 145-million Malawian kwacha ($203,000) into an account belonging to the ruling party and of which Mutharika is sole signatory.

Karim denied wrongdoing. "My company was awarded the contract after a rigorous process so I don't see any wrongdoing," he said.

ACB director general Reneck Matemba did not comment on whether the report reflected its final conclusions, which have yet to be officially published, but said: "We are still investigating the procurement and we are not finished yet."

Malawian presidents have seen the impact of corruption allegations before.

Malawians next go to the polls in May 2019 to elect the president, parliament and ward councillors.

Periodically hit by severe food shortages and power outages, the country is struggling to contain its external debt and put its economy on a sound footing - all chief campaign issues alongside corruption.

"As president, I have demonstrated my commitment to fighting corruption by allowing ACB to even investigate my cabinet. I didn't block the investigation of one of my ministers over the Zambian maize procurement deal," Mutharika said referring to a scandal that saw his agriculture minister arrested for his suspected part in the deal.

With the election, Mutharika faces losing the immunity from prosecution he currently enjoys as sitting president.

Banda returned home in April and vowed to prove her innocence after more than three years in the self-imposed exile.