Speeding car in Somali capital explodes after police shoot at it 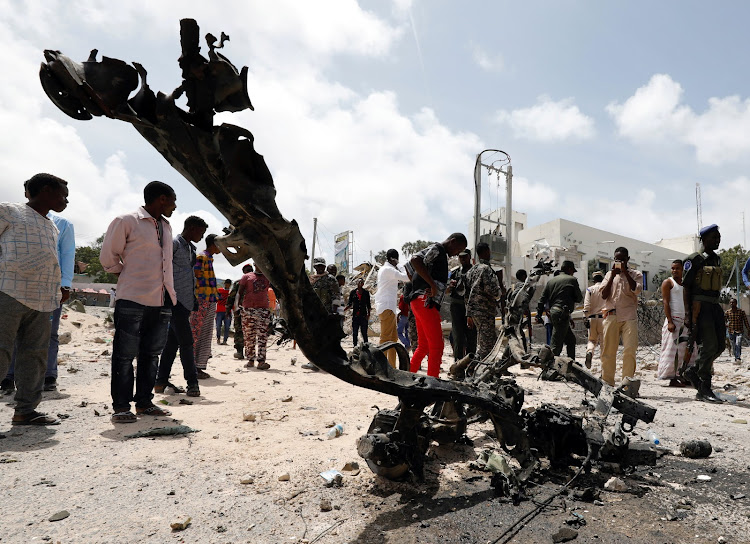 Somali security officers and civilians look at the wreckage of a vehicle that exploded after it was shot at by police, outside the hotels near the presidential palace, in Mogadishu, Somalia July 14, 2018.
Image: REUTERS/Feisal Omar

A speeding car exploded in the Somali capital Mogadishu on Saturday after it was shot at by police near the president's residence, a police officer said.

"The police suspected the speeding car, fired at it and so it exploded outside the hotels near the presidential palace," Major Mohamed Hussein told Reuters.

It was not immediately clear what the car contained.

In past incidents, al Qaeda-linked al Shabaab have used car bombs to target government buildings in the capital.

Al Shabaab wants to topple Somalia's central government, expel the African Union-mandated peacekeeping force AMISOM and establish a government based on its own strict interpretation of Islamic sharia law.

At least 600 weapons were stolen in the past week from a former United Arab Emirates-run training centre in Somalia's capital Mogadishu and are for ...
News
3 years ago

Fighting between Somalia's semi-autonomous Puntland region and breakaway Somaliland has killed dozens of soldiers, according to a witness and a ...
News
3 years ago