'We're not happy over ZEC blunders': Voter's roll not quite sorted out in Zim elections 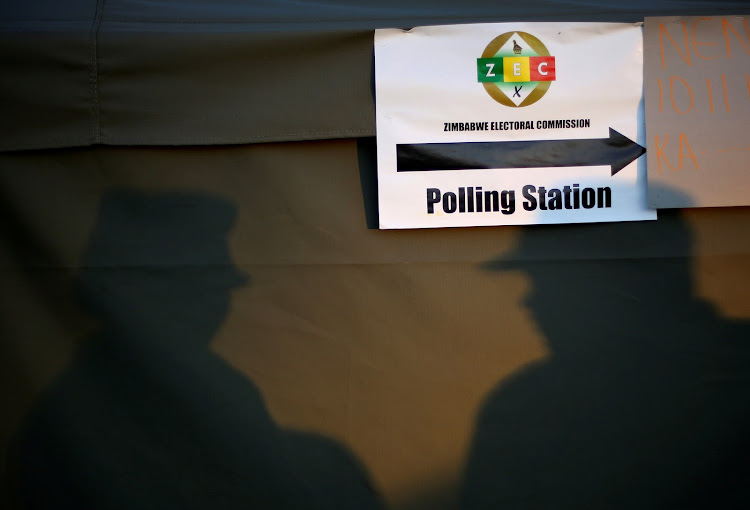 Among the 50 people who were turned away during elections in Karoi's ward 3 include MDC Alliance's Modester Manjinjiwa‚ and another for the Zimbabwe Partnership for Prosperity‚ whose names appeared twice.
Image: REUTERS/Siphiwe Sibeko

About 50 people were turned away in Karoi’s ward three‚ which falls under the Hurungwe Central constituency‚ over alleged double voter registration by the Zimbabwe Election Commission.

Those turned away included the local candidate for the Movement for Democratic Change Alliance (MDC)‚ Modester Manjinjiwa‚ and another for the Zimbabwe Partnership for Prosperity‚ whose names appeared twice.

“We are not happy over ZEC blunders and we are losing potential voters‚” said Manjijiwa.

The MDC Alliance's provincial elections directorate official‚ Kudakwashe Chigumo‚ said they had engaged with the electoral commission over the "last-minute blunders".

Rusty Markham gazes over the corrugated tin and wood structures that make up the Harare suburb of Hatcliffe, and recounts everything that it lacks: ...
News
3 years ago

“The ZEC's shambolic voters roll is a cause of concern. We are worried‚ as we had raised these issues and they promised us that it was being sorted out‚ but voters have been denied their chance [to vote]‚” he said.

The Hurungwe district election officer‚ Taona Pfunye‚ confirmed that some people had been registered twice and had been denied the right to vote. “We are working on those anomalies and we are waiting for clarification from our superiors‚” said Pfunye.

Apart from turning away those whose names appeared twice‚ voting has been generally peaceful in Karoi.

Meanwhile in Hwange West constituency the total number of registered voters is 32 230‚ spread across 62 polling stations.

The constituency has two different local authorities: Victoria Falls municipality with 11 wards and Hwange Rural district council with 19 wards. There are 10 parliamentary candidates in the constituency represented across a multiplicity of parties.

The atmosphere in the tourist town of Victoria Falls and nearby rural areas was also said to be calm.

Observers from the African Union and the SADC said they were “satisfied with the way the vote is going” and there “had been no incidents of violence”.

Roland Sibanda‚ the constituency's elections officer‚ said all was going well and polling officers were kept busy by the long queues‚ while at some of the stations boxes were “filling up quickly‚ especially the presidential one”.