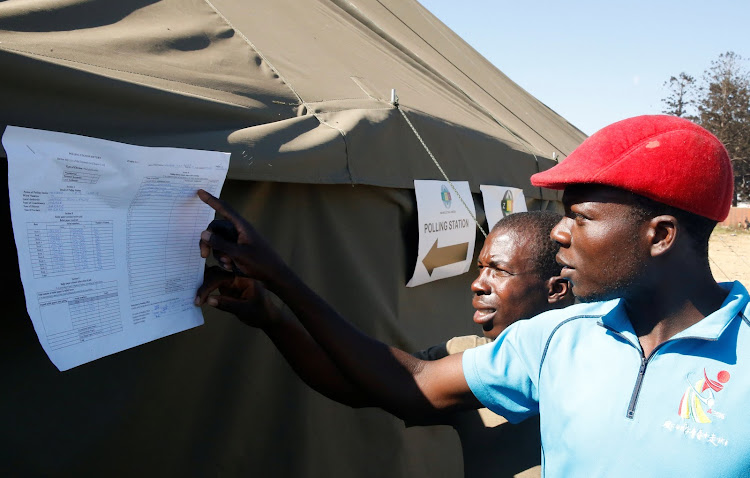 Zimbabwean civil society groups are working on a court application to force the electoral commission to get all polling stations to publish results, Tendai Biti, a senior official from the opposition MDC party, said on Tuesday.

The Zimbabwe Electoral Commission released results for seven parliament seats out of a total 210 and urged Zimbabweans to be patient while it did its job.

The election, the first since the removal of Robert Mugabe last November, is a two-horse race between MDC leader Nelson Chamisa and President Emmerson Mnangagwa.

Biti said it was clear Chamisa had won.

Fake news and propaganda abound while votes are counted in Zimbabwe

No official results in the high-stakes general elections in Zimbabwe have been announced‚ but social media are abuzz with pictures of poll tallies ...
News
3 years ago

Zimbabwe: Mnangagwa, Chamisa both confident of win after close vote

Zimbabwe's President Emmerson Mnangagwa and his main opponent Nelson Chamisa both said on Tuesday they were confident of victory, after peaceful ...
News
3 years ago