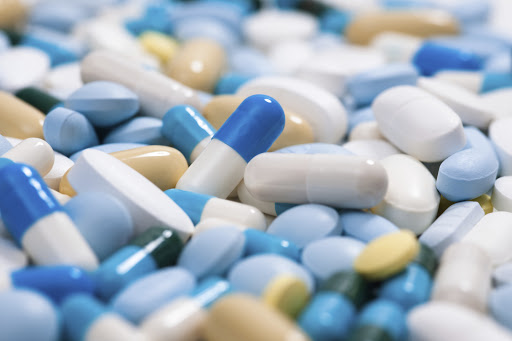 Zimbabwe's pharmaceutical companies are coming up with a priority list for critical drugs, and cough mixtures and vitamins are not on it.

A shortage of cough mixtures and other medicines deemed “not important” is looming in Zimbabwe with pharmaceutical companies coming up with a priority list for critical drugs as a cash crisis hits the southern African state.

Zimbabwe imports at least 80% of its drugs. This week the Pharmaceutical Society of Zimbabwe (PSZ) said vitamin-based medicines and cough syrups have been pushed down the pecking order.

“Less important medicines such‚ as cough syrups‚ supplements and other vitamin-based medicines‚ will no longer be a priority‚” PSZ spokesperson Sikhumbuzo Mpofu told a state weekly‚ The Sunday News.

However‚ this prioritisation meant that ailments such as bronchiolitis‚ a lung infection which largely affects children‚ could claim more lives. In February‚ there was a bronchiolitis outbreak in the capital Harare‚ where 230 children were admitted in one week at the city’s biggest public hospital‚ Harare Children’s Hospital.

A 2010 study‚ titled “Chronic cough and its association with TB–HIV co‐infection: factors affecting help‐seeking behaviour in Harare‚ Zimbabwe”‚ highlights that a majority of those infected rely on cough medicines to deal with chronic coughs.

According to the World Health Organisation (WHO)‚ 13.24 deaths per 100‚000 in Zimbabwe are asthma-related. For asthmatic people‚ cough suppressant medicines are vital.

Most pharmacies have run out of imported drugs and have gone to the extent of refusing to service clients on medical aids. They now demand payment in foreign currency.

Zimbabweans forced to adapt to another economic downturn

Mpofu added that‚ according to PSZ‚ the current shortage could have been averted - but government didn’t consider pharmaceuticals as a critical sector in need of foreign currency.

“We predicted such a scenario [last year]. It is unfortunate priority was given to other industries‚” he said.

Economist Stevenson Dhlamini from the National University of Science and Technology (NUST) said that in as much as western medicine was important‚ challenges faced by Zimbabweans would push them toward home remedies and traditional healers.

“Already some private doctors don’t take medical aid‚ some are even attempting to ask for consultation fees in foreign currency despite that many can’t afford paying $35 [in bond notes] as consultation fees in government hospitals where they are given a list of drugs to go and buy. So it’s not a surprise when people go to traditional healers and sangomas‚ who are way cheaper. For colds where we tend to look for cough mixtures‚ simple home remedies are the solution‚” he said.

Social media is awash with memes of former Zimbabwean president Robert Mugabe naughtily asking if he should return to office‚ complemented with jokes ...
News
3 years ago