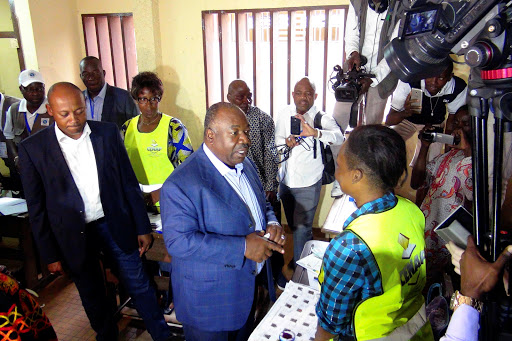 Gabon's president Ali Bongo was hospitalised last week in Saudi Arabia after suffering a stroke, two sources said, while Gabonese authorities said he was admitted only because of fatigue.

Bongo was still under observation on Monday at the King Faisal hospital in Riyadh where he was taken on Wednesday. A medical and a diplomatic source both said that the president suffered a stroke.

Government spokesman Ike Ngouoni denied this and said that Bongo instead had "severe fatigue" after months of strenuous work.

The president was in Saudi Arabia to attend the controversial Future Investment Initiative conference - shunned by many world leaders after the death of government critic Jamal Khashoggi - where he was scheduled to speak alongside other African leaders.

The government yesterday made a u-turn on a planned trip to Saudi Arabia by state security minister Dipuo Letsatsi-Duba following questions by the ...
News
3 years ago

Bongo, whose family has governed the oil-producing country for nearly a half century, has been president since succeeding his father Omar in 2009.

He narrowly won re-election in 2016 in a poll that the opposition claimed was marred by fraud. Mass protests broke out, during which the national parliament was gutted by fire.

No to African 'vanity projects' - China

Chinese funds are not for "vanity projects" in Africa but are to build infrastructure that can remove development bottlenecks, Chinese president Xi ...
News
3 years ago