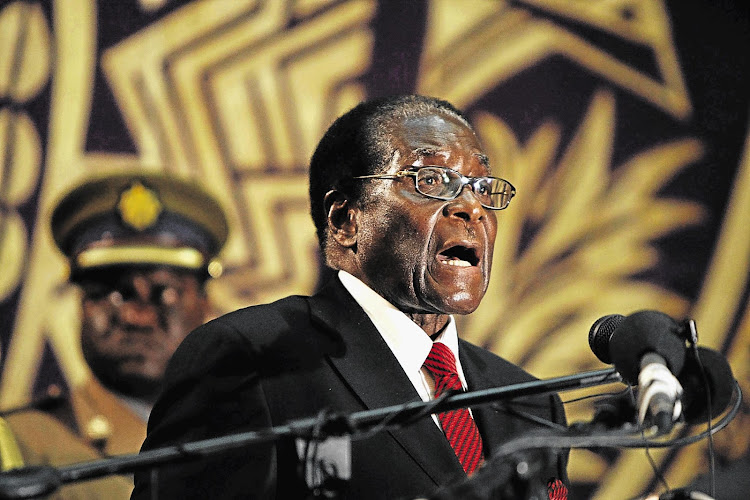 Zimbabwe’s former president, Robert Mugabe, is in Singapore for medical treatment, and he is not the only African leader who went abroad to consult a doctor.

SowetanLIVE reported that President Emmerson Mnangagwa told party supporters at a Zanu-PF rally on Saturday that the elderly statesman’s health had deteriorated, partly due to old age.

“Of course, he now is unable to walk, but whatever he asks for we will provide,” said Mnangagwa.

Mugabe is receiving medical care in Singapore and is expected to return to Zimbabwe at the end of November.

News of the African leader seeking treatment abroad revived the conversation about the quality of health facilities on the continent.

On social media, some people lambasted Mugabe for consulting foreign doctors when he had had many years to improve the health system in his own country.

Sad 😢 indeed.all this leaders in Africa they go overseas for medical care.because when they are in power they don’t take care of the health system and improve infrastructure.for me I don’t see leaders but slaves in suits working for 1st https://t.co/QnQewDprwK needs young blood

I still don't get that. Why is Zimbabwe not good enough to provide medical attention to it's own president of decades. @TrevorNcube why is this still a thing.

Mugabe in Singapore for treatments. He was in power for 40 years,with people praising him,but he doesn't have good health Care.

Let pray for Mugabe who can't talk at Singapore hospital

He could not build a good hospital in Zimbabwe to spend his last day.

As Mugabe is seeking medical solutions in Singapore and his counterpart of Gabon plus other African politicians that loot everything and forget about the health of African citizens, it proves Putin words that Africa is a cemetery.

Mugabe isn’t the only politician to fuel the medical tourism discussion.

According to Sunday Times, Mabuza’s spokesperson, Thami Ngwenya, said although the deputy president had taken sick leave, he was not “ill”.

“It would be mischievous to ask how ill is the deputy president when no such inference was made,” said Ngwenya.

Zuma allegedly found out while on a visit to the US that he had been poisoned. It is believed he then flew to Russia, where the diagnosis was confirmed and he was treated for poisoning.

Ntuli-Zuma denied involvement in any attempt to harm her husband.

Zuma was grateful to Russian doctors for the treatment he believed had saved his life.

At the time, he said: “If I didn’t have friends overseas, today you would be saying there was a man from Nkandla, but he died.”

Charge me or leave me alone, says Zuma wife accused of poison plot

"Charge me," says first lady Nompumelelo Ntuli-Zuma in the wake of President Jacob Zuma claiming officially, for the first time, that he was poisoned.
News
4 years ago

Nigerian president Muhammad Buhari prefers the care of physicians in the UK.

The BBC noted that Buhari spent most of the earlier part of 2017 on medical leave in the UK.

The condition for which Buhari was treated was not confirmed.

The Nigerian president was blasted for going overseas for healthcare, leaving his countrymen to contend with the poor state of health facilities in his country.

According to Reuters, Angolan president Jose Eduardo dos Santos was a patient in Spain in 2017.

His ailment was unknown, but the country’s foreign minister, Georges Chikoti, confirmed that Dos Santos had gone to Spain for medical reasons.

There was speculation that the president had suffered a stroke, but Angolan authorities would not comment on this.