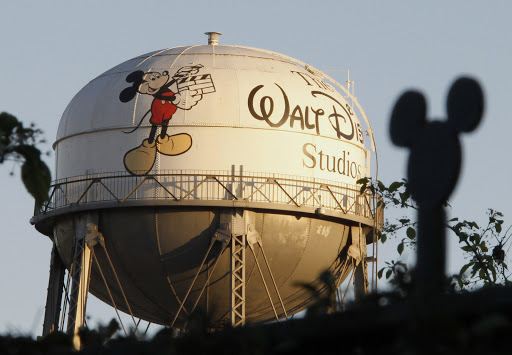 Walt Disney's ownership of the Swahili phrase hakuna matata is another example of the exploitation of Africa, says Zimbabwean Shelton Mpala, who has already collected 50,000 signatures on a petition to have the trademark revoked.
Image: Fred Prouser

A petition has been established to remove Walt Disney's trademark of the popular phrase "hakuna matata" used in The Lion King.

The petition, launched on Change.org, has already collected more than 50,000 signatures. Its next target is 75,000.

The phrase famously means "no worries' or "no problems" in Swahili, a language that is spoken widely in East Africa - including in Kenya, Tanzania, Burundi, Mozambique and the DRC.

According to Justia Trademarks, Walt Disney first trademarked the phrase in 1994, which is the same year that the original animated movie was released. A remake of The Lion King is due to hit big screens in July 2019.

The first trailer for Disney's 'live-action' remake of the Lion King has just dropped and already has close to eight million views.
Lifestyle
3 years ago

The petition was initiated by Zimbabwean Shelton Mpala, who told the BBC that while he is not a Swahili speaker, he believes that the trademark is just another example of the exploitation of Africa.

"Disney can't be allowed to trademark something that it didn't invent," urges Mpala in the petition.

The petition has sparked plenty of conversation on  Twitter. Many have condemned Disney's actions, while others said they would use the phrase as they pleased - and even print it on T-shirts - regardless of any trademark.

Instead of making noise, Kenyans can decide to print several Hakuna Matata t-shirts and see how those Disney guys will enforce the trademark. Kama NASA is a trademark and we still used it...

I'm printing a Tshirt with the phrase "Hakuna Matata" tomorrow and there's nothing Disney will do about it. I refuse to be colonized in this modern world.

Disney is joking. Hakuna Matata which means "Don’t Worry" or "Their is no problem" is Literally a Them Mushroom line and it is Swahili language. You can't wake up one day and say we can't use our own Language! You visit Kenya and that's the song that welcomes you in Mombasa. 😳

It's a Zimbabwean leading the petition to reverse the Hakuna Matata trademark, yet the real Swahili speaking countries are relaxed. I'm just shocked!

From songs, to pictures & even cheese - copyright battles that stood out in 2018

A European court has ruled that the taste of food cannot be protected by copyright laws.
News
3 years ago

'Mickey: The True Original' exhibit sees the world's most famous mouse get a fresh, African-inspired look for his 90th birthday
Lifestyle
3 years ago

Can only Cassper #FillUp or is it patent nonsense? The experts explain

He may not own “#FillUp” just yet, but when he does, rapper Cassper Nyovest can claim damages dating back to when he first launched his application.
News
3 years ago

Europe's top court dealt the food industry a blow on Tuesday as it dismissed an attempt by a Dutch cheese maker to copyright its cream cheese, saying ...
News
3 years ago