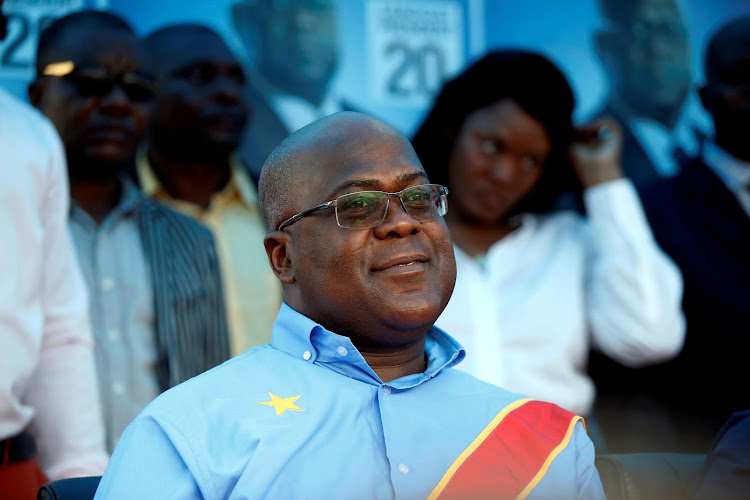 The Catholic Church rejected the official result of Congo's presidential election on Thursday and the loser denounced a "coup", dashing hopes that the country could stage the first uncontested transfer of power in its 59 years of independence.

Electoral officials proclaimed opposition figure Felix Tshisekedi the victor of the election to replace Joseph Kabila who has ruled Democratic Republic of Congo for 18 years.

Pre-election polls had predicted a landslide win for another opposition leader, Martin Fayulu, who is backed by powerful exiled politicians and former militia leaders with influence in the violent east.

Fayulu's supporters say the authorities rigged the result on behalf of Tshisekedi as part of a deal to protect figures from the outgoing administration. At least four people were reported killed in demonstrations in one eastern city, although much of the rest of the country appeared calm.

Tshisekedi's supporters celebrated his victory. But Thursday's intervention by the Catholic Church could make it harder for him to win broad acceptance as the first leader to come to power through the ballot box since Prime Minister Patrice Lumumba was overthrown in a coup less than three months after independence in 1960.

Congolese fear that a dispute over the poll could restart a cycle of violence in a country where civil wars causing hunger and disease have killed millions of people since the 1990s.

The Catholic Church is widely venerated across the country of 80 million and is believed to have accurate election data gathered by a 40,000-strong team of election observers who tallied results displayed at individual polling stations.

While bishops stopped short of publishing their own results or saying who they believed was the true winner, they made clear it wasn't Tshisekedi, as declared by election commission CENI.

"The results from the presidential election as published by CENI do not correspond to the data collected by our observation mission from polling stations and vote counts," the National Episcopal Conference of Congo observers said in a statement.

"Opposite to what we expected"

France and former colonial power Belgium also expressed doubt. French Foreign Minister Jean-Yves Le Drian demanded clarity on results "which are the opposite to what we expected."

Britain's foreign secretary tweeted that he was "very concerned about discrepancies" in the results and that the U.N. Security Council would discuss it.

Washington said in a U.S. State Department statement it "takes note" of the results, but added it awaits "clarification of questions which have been raised regarding the electoral count."

Fayulu, who has led anti-government demonstrations and is seen as far more hostile to the outgoing administration than opposition rival Tshisekedi, said Kabila had engineered an "electoral coup" to deny him the presidency.

There were celebrations in parts of Kinshasa and the south of the country where Tshisekedi has broad support. Towns in Katanga, the southeastern mining heartland, were calm.

Protests were reported in the eastern city of Kisangani, and Fayulu supporters vented their frustrations.

"We will never accept this nomination. It's not a victory for Felix. CENI has appointed him," said Georges Bingi, a member of Fayulu's party in the eastern city of Goma.

"Gun to his head"

Fayulu supporters say Kabila made a deal with Tshisekedi after Kabila's own hand-picked candidate, Emmanuel Ramazani Shadary, failed to gain enough support to be a credible winner. Shadary conceded following the announcement of the results.

Kabila has ruled since the 2001 assassination of his father Laurent Kabila, whose victory in a 1996-1997 civil war ended more than three decades of rule by dictator Mobutu Sese Seko.

Democratic Republic of Congo's Catholic Church said that election results tallied by its observers do not match official results announced by the ...
News
2 years ago

Kabila says he wants to stay in politics and may run again in 2023, when he will no longer be barred by term limits.

Tshisekedi inherited the leadership of his UDPS party when his father Etienne Tshisekedi died in 2017. But he lacks the experience, political clout and firebrand reputation his father earned as a leading opposition figure since the Mobutu era.

An official from the from U.N. Department of Peacekeeping Operations said Tshisekedi's win might buy some temporary calm but that "the exiled and cheated will rebel," referring to ex-militia and political leaders who are backing Fayulu.

"Tshisekedi has no capacity to rule, no way of controlling the army or ministerial appointments. He will do as told, gun to his head," the official said.

In the run-up to the results, Tshisekedi said Kabila had nothing to fear should he come to power. Fayulu, by contrast, is backed by ex-rebel Jean-Pierre Bemba and former governor Moise Katumbi, two of Kabila's fiercest rivals.

Any escalation from the Fayulu camp risks igniting Congo's cycle of unrest, particularly in the eastern borderlands where he enjoys strong support and dozens of militia groups operate.

It is unclear whether voting will ever be held in parts of Congo where the election was delayed - disenfranchising more than 1.2 million people - due to concerns about Ebola and violence. Tshisekedi's margin over Fayulu was less than 700,000 votes, according to the official results.

Members of Tshisekedi's UDPS party called the election a historic triumph in a struggle for democracy. The inauguration had been scheduled for Jan. 18.

"Today marks the liberation of the people," said Simphora Biduaya, a candidate for provincial assembly in the east.

“Of course we are not happy as our candidate lost, but the Congolese people have chosen and democracy has triumphed,” Kikaya told Reuters shortly after opposition leader Felix Tshisekedi was declared the winner.