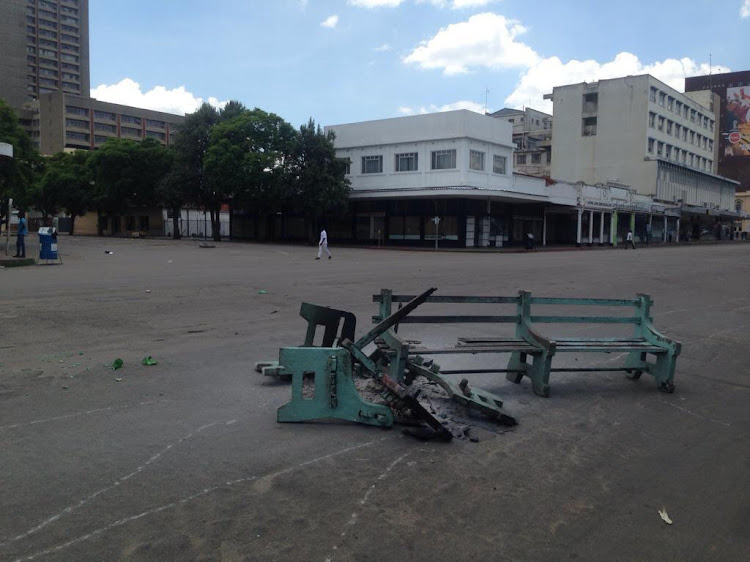 Fastjet Zimbabwe has announced the cancellation of all its domestic and regional flights on Monday, citing unrest across the country.

In a statement, the airline - which flies from Harare to Bulawayo, Victoria Falls and Johannesburg - said all eight scheduled flights were cancelled.

"Fastjet Zimbabwe advises that flights for the remainder of the day to and from Harare, Zimbabwe, will be cancelled due to the current unrest affecting travel on the streets of Harare, and in particular to and from Robert Gabriel Mugabe International Airport," the company said.

The cancellation means that there are no domestic flights operating in the country.

National carrier Air Zimbabwe said it would resume its operations on Tuesday after briefly suspending operations to carry out "maintenance upgrades and safety tests". It suspended all its flights on Friday.

The usually quiet Zimbabwean city of Bulawayo was turned into a mixture of teargas, black smoke from burning tyres and chanting of struggle songs on ...
News
2 years ago

It was not immediately clear if the schedules of other airlines had been interrupted by the protests. South Africa Airways has the lion’s share of Zimbabwe’s aviation market and dominates the Harare-Johannesburg route.

A call by the largest labour union on Sunday, the Zimbabwe Congress of Trade Unions, for a stayaway in protest over a hike in fuel prices turned violent. The three-day stayaway is due to end on Wednesday.

Protesters in Harare and Bulawayo barricaded roads and burnt tyres, with reports of several people injured by gunfire during the attempts to quell the protests.

Fastjet Zimbabwe said its affected customers would be allowed to change their bookings to a later date as long as they completed their travel before January 22. It said change fees would be wavered and airfare differences would apply if the same fare was not available.

"The airline is making all efforts to contact affected customers. We will endeavour to minimise disruptions while ensuring that the safety and security of our customers and staff remains a top priority. The situation is being monitored and further updates will be issued," read the statement.

Public transport grinds to a halt in Zimbabwe as stayaway begins

Public transport has ground to a halt in Zimbabwe, as commuter omnibus operators joined a three-day stayaway on Monday, called by the Zimbabwe ...
News
2 years ago

The price of fuel more than doubled on Sunday to a new fuel pump price of $3.11 per litre for diesel and $3.31/l for petrol.

Despite the increase, fuel supplies have not yet improved, with most service stations across the country empty. Motorists have resorted to parking their cars in the hope of being first in the queue when deliveries are eventually made.

A national stayaway kicked off on Monday in opposition to Zimbabwean president Emmerson Mnangagwa hiking fuel prices by 120 percent on Saturday.
News
2 years ago
Next Article