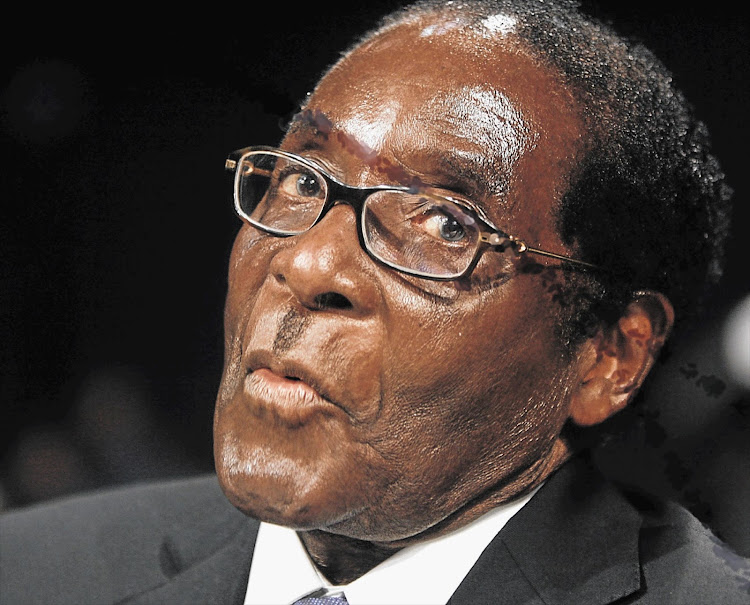 Former Zimbabwean president Robert Mugabe got wind that his employees were enjoying lavish lifestyles and upon investigation found that $922,000 was missing from a briefcase.
Image: Picture: REUTERS

Zimbabwe's former president Robert Mugabe kept as much as $1m (R13.7m) in cash stashed in a briefcase, according to revelations in a court case in which housekeeping staff are accused of stealing from him.

Mugabe was ousted in November 2017 and replaced by President Emmerson Mnangagwa.

It is the state’s case that Mugabe  realised that he had lost $922,000 (R12.7m) to the workers at his rural home in Zvimba after discovering that there was only $78,000 (R1m) in the briefcase which he had entrusted to Constance.

Zimbabwean teachers will go on strike from Tuesday to press for salaries to be paid in US dollars, a union said, as pressure builds on President ...
News
2 years ago

Mugabe, according to court papers, gave Constance a Blue Deisey Club briefcase, an Amiet briefcase and a black Polo Club briefcase in 2016. He did not inform her that one was packed with $1m.

Having got wind in March 2018 that his employees were enjoying lavish lifestyles, Mugabe demanded that the briefcases be brought to his private residence "The Blue Roof" in Borrowdale, Harare, the richest square mile in Zimbabwe.

Police investigations revealed that the quartet allegedly bought cars, houses and other luxuries with the stolen loot. Only $42,800 (R590,000) was recovered.

It was also alleged that during his tenure as president, a senior commercial bank employee would go to Mugabe’s office to pay him in cash.

This is the second court case in which the former president is the complainant. Earlier this year, a presidential guard, Pepukai Zvakavapano, 32, was accused of stealing 119 laptops, three desktop computers and accessories. Mugabe testified from home during Zvakavapano's trial.

He was acquitted after the state failed to prove its case.

Neighbour in trouble asked SA for bailout of $1.2bn on Boxing Day
Business
2 years ago

MPs in Zimbabwe are demanding more allowances and incentives such as three course meals for parliamentary sittings.
News
2 years ago

More lows than highs so far for Zimbabwe's Emmerson Mnangagwa

Here's a look at some of President Emmerson Mnangagwa's defining moments.
News
2 years ago