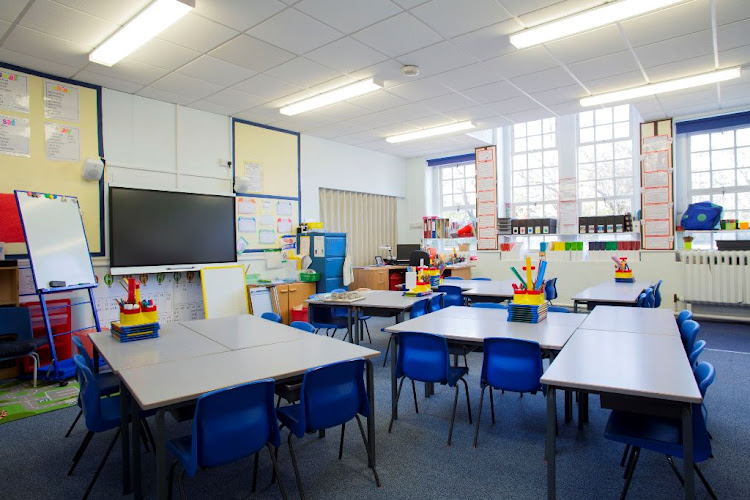 The call for a nationwide teachers' strike in Zimbabwe has been met with mixed results. The country has 20,000 trained teachers currently out of work.
Image: 123RF/Dglimages

Teachers in Zimbabwe - who say their salaries are now so eroded they cannot afford to buy groceries or pay for school fees for their own children - are on the second day of a go-slow to protest against hyper-inflation.

Zimbabwe Teachers' Association (Zimta) president Richard Gundane said the strike was the culmination of the government's continued disregard of their welfare.

"This strike has nothing to do with political activities. This is confined to labour issues, industrial issues that come as a result of the salaries that have been eroded by inflation that was caused by the separation of the US dollar from the RTGS (real-time gross settlement), which denominates our salaries," he said.

The main issue raised by the teachers is that their salaries have been eroded to $2.50 a day (roughly R700 a month) - not enough for a typical family to survive.

Teachers in Zimbabwe were set on Tuesday to go on strike, heeding a call by unions to stop reporting for work due to low salaries and poor working ...
News
3 years ago

The industrial action's effectiveness has been patchy. At both government- and church-run boarding schools across the country, some teachers stayed at home while others clocked in but didn’t attend classes.

Zimta chief executive officer Sifiso Ndlovu said there had been a huge response to the call for industrial action, mostly in the southern parts of the country. "The response in Matabeleland (north and south) as well as Bulawayo sent a clear message. We see the strike gathering momentum in the coming days," he said.

Only student teachers and temporary teachers reported for duty in these areas.

The Progressive Teachers' Union of Zimbabwe (PTUZ) said teachers in rural areas were being intimidated, with roving Zanu-PF youths demanding names of teachers who didn’t turn up for work on Tuesday when the strike started.

The teachers' strike found support from the public as some parents in some parts of the country did not send their children to school. "Some parents in Bulawayo went to withdraw their children from school, saying teachers were on strike," said Bulawayo provincial education director Olicah Kaira.

In Harare, most teachers reported for duty but joined the go-slow - largely because the Apex Council, the main public sector workers' union, is against the move by the two teachers’ representative bodies, the PTUZ and Zimta.

Apex Council leadership visited schools in the capital, begging teachers to keep discussions open. "We have been going around the schools to see if our members have heeded our call to give dialogue a chance and I can report that it was business as usual in our schools," said organising secretary Charles Chinosengwa.

Meanwhile, the Public Service Commission (PSC) said the country had 20,000 trained teachers currently out of work. Some have not been employed since graduating up to six years ago.

However, there is also a shortage of at least 2,000 teachers in each of the country's 10 provinces, ranging from early childhood development (ECD) up to advanced level, where there is a pressing shortage of mathematics and science teachers in particular.

Zimbabweans woke up to the shock of a 66 percent bread price hike on Monday - even as government took steps to introduce price controls on basic ...
News
3 years ago

Zimbabwean teachers will go on strike from Tuesday to press for salaries to be paid in US dollars, a union said, as pressure builds on President ...
News
3 years ago

Zimbabwe's President Emmerson Mnangagwa is expected to convene a meeting on Wednesday with all presidential candidates.
News
3 years ago

Zim teachers strike will push education to the edge

More than 120,000 Zimbabwean teachers are expected to go on strike over low salaries and poor working conditions, bringing teaching to a halt
News
3 years ago