Image: REUTERS/Philimon Bulawayo Zimbabwe's President Emmerson Mnangagwa has cut short a visit to the UAE in the wake of Cyclone Idai.

Zimbabwean President Emmerson Mnangagwa cut short a trip to the United Arab Emirates (UAE) on Sunday to return home and face the devastating impact of Cyclone Idai which moved inland into the eastern part of the country from Mozambique.

The information ministry in a statement on Sunday said Mnangagwa had "shortened his trip to the UAE to make sure he is involved directly with the national response by way of relief to victims of Cyclone Idai".

“The President has also incorporated in his schedule a plea for assistance for the cyclone victims," it said.

The Civil Protection Unit said 31 people had so far lost their lives with hundreds more missing in the Chimanimani district, which has borne the worst brunt of the cyclone.

The cyclone has already left a trail of destruction in the neighbouring countries of Mozambique and Malawi where scores have been injured, property destroyed and many more displaced by the heavy rains and wind speeds of up to 170km/h.

In South Africa, the continent’s most industrialised nation, the devastation of the cyclone has resulted in an electricity deficit being experienced.

Power utility company Eskom said power imports from neighbouring Mozambique had been affected by the cyclone and as a result had rolled out stage 4 load-shedding.

Eskom said it was "unlikely that imports from Mozambique will be restored in the next few days, which we can now confirm was affected by the cyclone".

Mnangagwa on Saturday declared that the unfolding humanitarian crisis in the country was as a result of the floods and heavy rains which have pounded the eastern parts of the country since Friday, a national disaster.

The country's information ministry permanent secretary, Nick Mangwana, said the bad weather had made it difficult to carry out rescue operations.

Humanitarian groups such as the Red Cross are also part of the efforts to provide assistance with food, clothing, blankets and tents to the victims. A hotel in Chimanimani has been converted into a relief centre and is providing food and shelter to victims.

The Meteorological Department has put four other provinces namely Manicaland, Masvingo, Mashonaland East and Mashonaland Central on high alert and said these were at risk over the next few days of suffering devastation from the cyclone.

The eastern part of the country remains vulnerable to heavy rains and floods and has in the past been affected by cyclones Eline and Dineo in 2000 and in 2017, respectively. Government officials said it was still too early to quantify the cost of the impact of the cyclone.

But the latest devastation adds to the ongoing woes that the country faces, which range from food insecurity to a health delivery system on its last legs.

Earlier this month, the UN launched an appeal for $234m to assist 2.2 million people out of 5.3 million that are in need of food assistance until June this year.

Senior doctors this week at Parirenyatwa hospital in Harare demanded that government address the basic shortages of medicines and surgical sundries which had made it impossible for them to carry out their work. The senior doctors described the ill-equipped hospitals in the country as "death zones". 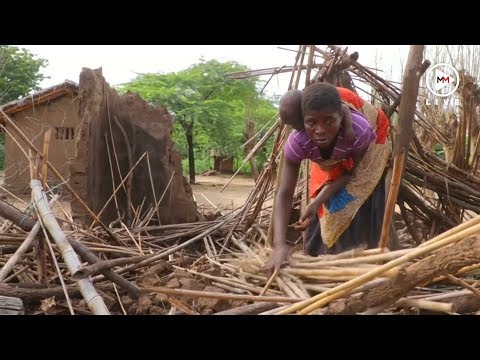