Image: Zinyange AUNTONY / AFP A man searches for missing family members with his dog on March 18, 2019, in Ngangu township, Chimanimani, Manicaland Province, eastern Zimbabwe, after the area was hit by Cyclone Idai.

As the death toll rises in the aftermath of Cyclone Idai, South Africans have taken to social media to pray for those affected by the tragedy

According to the UN and several other foreign aid agencies, it is the worst natural disaster in the region in two decades, and the death toll could rise beyond 1,000.

Mozambique’s minister of land and environment Celso Correia announced on Thursday that the death toll in that country had risen to 242. 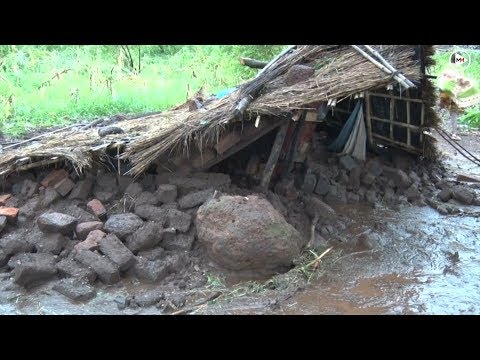 As power was restored to some areas affected by the cyclone, the cost of the disaster started to become clearer.

Social media has been filled with images of the devastation caused by Cyclone Idai and many took to Twitter to share their support and prayers for those affected.

They united under the hashtag #PrayForMozambique, which has trended at number one in the country.

The worst disaster in recent history saw flooding occur across Mozambique in February and March 2000. Approximately 700 people were killed, while thousands of hectares of arable land was destroyed.

Here is how we can all help the victims of #CycloneIdai in Mozambique Malawi & Zimbabwe.

In Beira City - more than 100 0000 women men and children are in urgent need of #humanitarianaid#PrayForMozambique #UnitedNations #Cyclone #Africa #Africawiredhttps://t.co/pdPFvpNSoD

Let's come together and put our neighbors in our prayers 😢😢#PrayForMozambique pic.twitter.com/4hbzwesya7

Father please help your children.. They need you... 🙏🏽#PrayForMozambique pic.twitter.com/OCV0GemyKT

#PrayForMozambique
All we have is each other as Africans we are with our neighbours who have been affected by the Tropical cyclone. #TRR30 pic.twitter.com/rgpapakHJb

Cyclone Idai is destroying homes and killing fellow africans, May the fallen Rest in Peace and those who are still enduring the storm seek shelter and stay safe. The people of Zimbabwe and Mozambique my thoughts and prayers are with you. #PrayForMozambique #PrayforZimbabwe