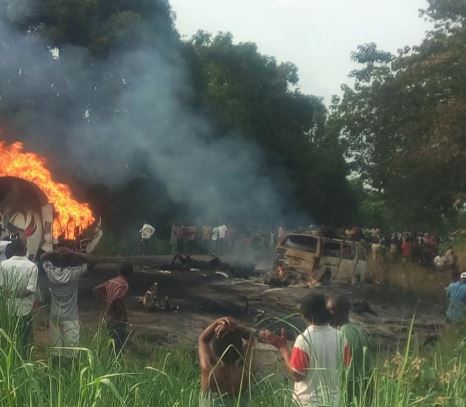 At least 50 people were killed in Nigeria when fuel from a crashed truck that they were collecting caught fire, a spokesman for the governor in central Benue state said on Tuesday.

"A tanker loaded with fuel fell yesterday (Monday) and people were scooping its products when it caught fire, killing over 50 persons," the spokesman said.

Others were badly injured and taken to hospital, he said.

Over 30 persons perish in Benue State.
More than thirty people were feared dead and many others burnt at Ahumbe Village in Gwer East LGA following an explosion by a tanker laden with petrol that fell down along pic.twitter.com/GJxq3j8QWH