Graca Machel and The Elders push for dialogue in Zimbabwe 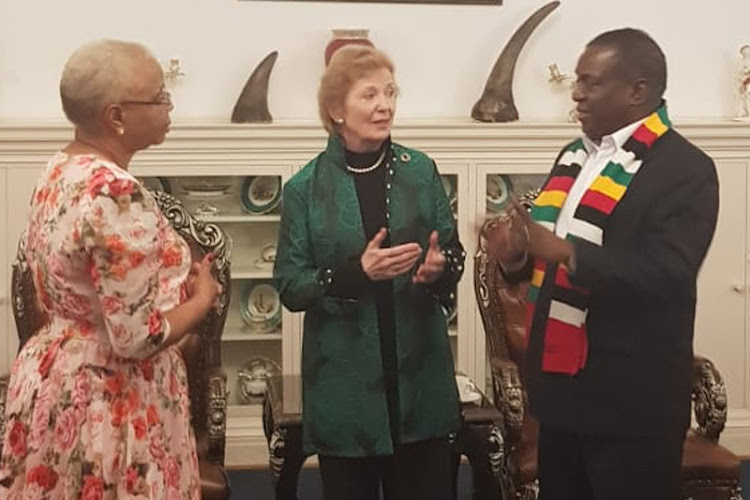 Despite their visit being overshadowed by the death of former head of state Robert Mugabe, 95, former president of Ireland Mary Robinson, who chairs The Elders, and her deputy, former first lady of SA Graça Machel, met the two rival leaders separately.

The visit was a follow-up to one in July 2018, a few weeks before Zimbabwe went to the polls.

After meeting The Elders on Saturday, MDC Alliance president Nelson Chamisa told journalists that for Zimbabwe to forge ahead there was need for political and economic reforms.

“Fixing politics through genuine and credible political dialogue for comprehensive political and economic reforms is the only viable solution to the challenges Zimbabwe is facing,” he said.

In a statement attributed to Robinson, The Elders said since last year the situation in Zimbabwe had gone from promising to disappointment with political contestations, human rights abuse and suppression of freedom of expression taking centre stage ahead of development.

“Last year I visited Zimbabwe on the cusp of landmark elections to find people determinedly optimistic about the future. Today that optimism has gone amid a worsening economic crisis, entrenched political polarisation and a culture of fear, paranoia and state violence.

“Yet I have been heartened by hearing from courageous women and church leaders from across society who are meeting to nurture dialogue and reimagine their country’s future. They offer an example that all Zimbabweans should follow,” reads the statement.

After the separate meetings, The Elders said they urged, “all political leaders to find a way out of the current impasse and act constructively in the interests of the whole nation”.

The Elders are yet to be successful in negotiating through impasses in Zimbabwe. In their most high-profile attempt in 2008, Mugabe denied former UN secretary-general, the late Kofi Annan, former US president Jimmy Carter and Machel access into Zimbabwe.

When Robert Mugabe was elected prime minister of Zimbabwe in 1980, his supporters took to the streets to celebrate. When he was deposed in a coup in ...
News
1 year ago

President Cyril Ramaphosa has mourned the passing of former Zimbabwean president Robert Mugabe, hailing him as a liberation fighter and champion of ...
Politics
1 year ago