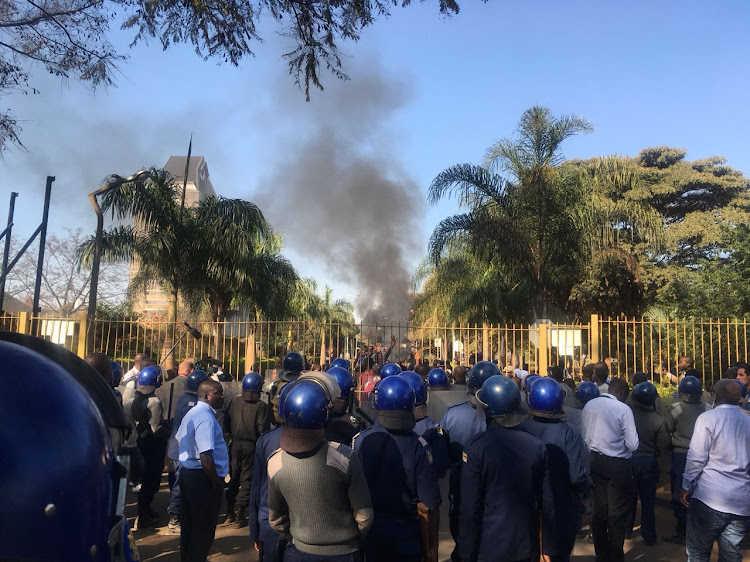 Harare has been labelled one of the least liveable cities in the world in a report that considers factors such as the economy, traffic congestion, infrastructure, conflict and access to health care.
Image: Ray Ndlovu

The Economist Intelligence Unit has dubbed Harare, Zimbabwe, one of the least liveable cities in 2019. The annual report observes the world's cities and categorises them according to “most liveable”, “least liveable” and “most improved”, among other categories.

The research considered factors such as the economy, traffic congestion, infrastructure, conflict and access to health care. According to the report, those that dominate the top of the list are medium-sized cities in very wealthy countries.

What the world's cities all have in common, regardless of their status on the list, is the climate crisis. Responses to the problem depended on the strength of the city, with those in emerging markets  the least able to react to the crisis. 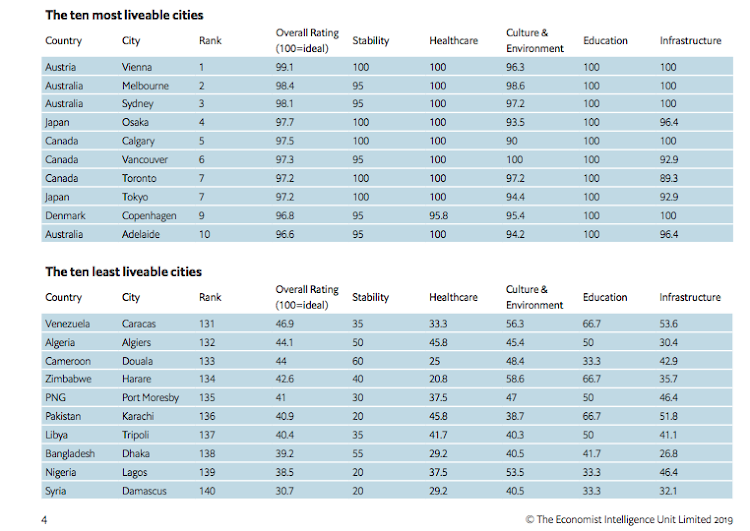 Austria's Vienna is the most liveable city, according to the report. Harare is one of the world's least liveable cities, at 134.
Image: The Economist Intelligence Unit 2019

Graca Machel and The Elders push for dialogue in Zimbabwe

Notoane urges his under-23 charges to avoid complacency against Zimbabwe

SA under-23 coach David Notoane has urged his charges to avoid complacency when they face Zimbabwe in the return leg of a third round Afcon qualifier ...
Sport
2 years ago